Play Haters! New York State bureaucrats fear children are at risk of having fun this summer

Yet again, bureaucrats are trying to regulate the fun right out of childhood. In New York, the State Department of Health recently went public with a list of classic games that pose a “significant risk of injury,” including wiffleball, red rover, dodgeball, kickball, freeze tag, capture the flag, and tetherball—in short, any active outdoor game that kids actually enjoy playing.

Under the new regulations, a summer program that allows children to play these deadly games would classify as a “camp” and subjected to state regulation. This means smaller programs would be forced to pay $200 to register as a camp and pay for additional medical staff.

Luckily, Play Hero Patty Ritchie, a New York State Senator, has stepped in to advocate for some good old-fashioned common sense. Worried that the new list of “risky” activities would cripple local summer youth programs, she told TIME, “having kids sitting in the corner instead of outside playing isn’t the point of a quality summer camp anyway.” She has asked the Health Department to rethink the guidelines—and miraculously, they are doing just that.

Public comment on the issue is still open until May. Please join us to support our children’s right to play kickball, and perhaps, in the process, to scrape up their knees. Sign our online petition to tell New York Health Department Public Affairs Director Claudia Hutton to allow summer youth programs to share the joy of red rover without the red tape. 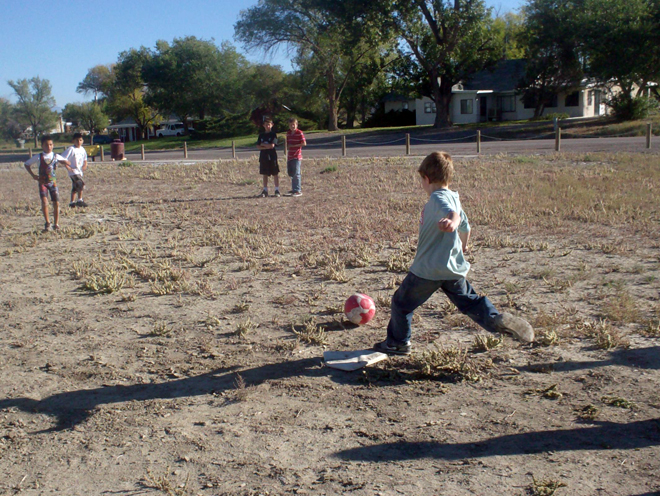 It looks like an innocent game of kickball. But really, it's an injury just waiting to happen...