Keep out! According to the New York Post, the real estate firm Related Companies has padlocked the entrance to the only playground in the city’s most densely populated neighborhood. Not only that, it has hired private security guards to patrol the area.

For more than 25 years, Ruppert Playground has served a vital role for residents of Community Board 8, which ranks dead last in publicly accessible recreational space. Related wants tax breaks to keep the park open. If the city fails to meet its demands, neighborhood children will pay the price.

Related has owned Ruppert Playground since 1983, when it bought the site from the Department of Housing Preservation and Development (HPD) as part of an urban renewal plan. It agreed to maintain the park for public use until 2008 in exchange for tax breaks.

Now, Related wants more tax breaks to keep the playground open—and if the company doesn’t get what it wants, it may just go ahead and build a high rise there instead.

The community has long opposed the sale of Ruppert Playground to Related, and for years, NYC Park Advocates has been campaigning for the city to reacquire the park. They say:

"Allowing this heavily-used park to be developed will have a serious impact on the quality of life for tens of thousands of residents. [The park] is a unique public space where teenagers, pre-schoolers, adults and seniors coexist… [it] is used 365 days a year and… provides desperately-needed recreational and green amenities."

It’s time to stand up for a child’s right to play! Join us in petitioning the CEO and President of Related Companies to demand that they unlock Ruppert Playground and give it back to New York City. 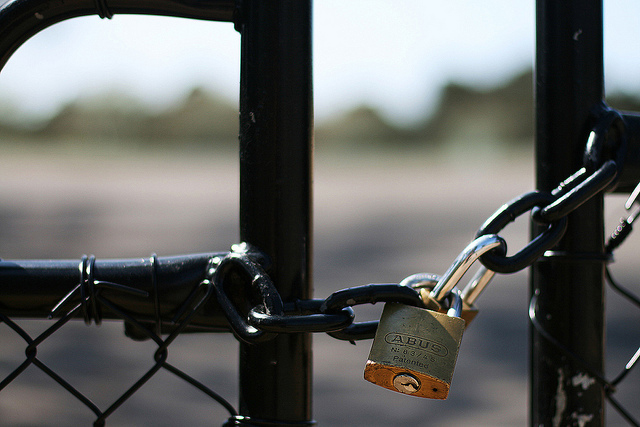 Keep out, kids! Why don't you go inside and watch some TV instead?