All children need access to a playground, but that doesn't mean play has to be confined to swings and slides. Play, by its very nature, is spontaneous -- it can happen nearly anywhere, with nearly anything, and under nearly any circumstances. After World War II, Danish landscape architect Theodore Sorensen observed children's delight over playing with rubble and scraps, an observation that led to the birth of Adventure Playgrounds.

We have covered some notable Adventure Playgrounds previously in this blog. While Europe boasts over a thousand, our risk-adverse society can only stomach four. However, a new kind of Adventure Playground has begun popping up, literally. In New York City, a team of play and child professionals, designers, artists and filmmakers are pioneering Pop-Up Adventure Playgrounds, in which children create their own worlds out of everyday items that are not normally considered "toys."

Just as play can erupt spontaneously, a Pop-Up Adventure Playground can pop up anywhere -- in a park, a front yard, a plaza, on a sidewalk... the possibilities are endless. The idea is simply to get kids playing outside with other kids, in an environment that flexes their creative muscles. The best part? A Pop-Up Adventure Playground doesn't have to cost a dime. While it may be difficult for adults to envision the play opportunities presented by, say, a stack of newspapers, children will inevitably turn them into hats, or curtains, or faux snowballs.

Take a look at these child-ruled kingdoms: 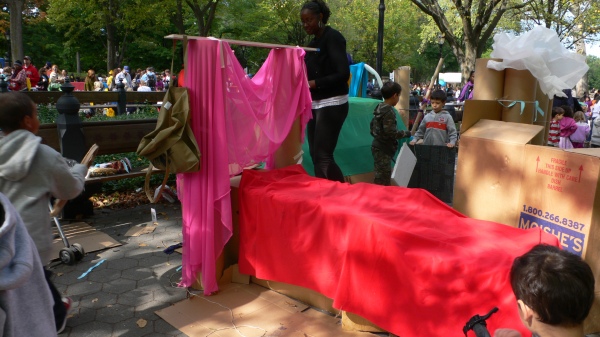 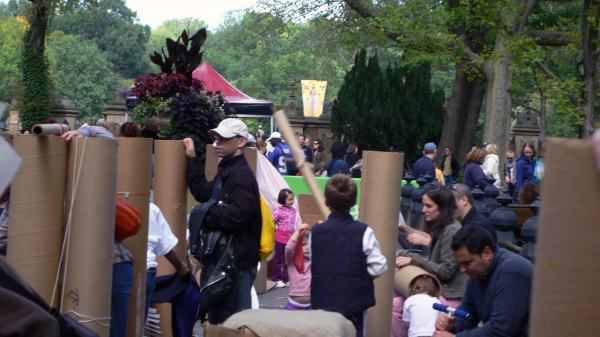 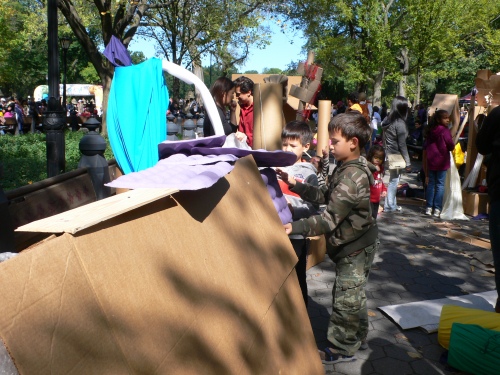 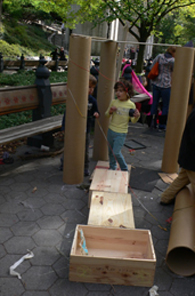 Photos taken during the Ultimate Block Party, courtesy of popupadventureplay.org.