For the 12 years that Matt O’Leary has lived in downtown St. Louis, he wished someone would do something about Lucas Park. Littered with needles and trash, the park was known for drinking, drug use, and other unruly behavior. Meanwhile, the 350 children under age six who lived nearby had no place to play.

Eventually Matt got sick of waiting, and he wasn't the only one. When his neighbor Kelly Kelsey found out about our Let's Play construction grants, they decided to join forces to form a nonprofit called Friends of Lucas Park. They recognized that “people feel so strongly about the park not only because of the tremendous negatives the park has brought, but because… Lucas Park could be a tremendous asset that is denied to them, the place where Downtown’s various communities instinctually want to gather and build a sense of community.” 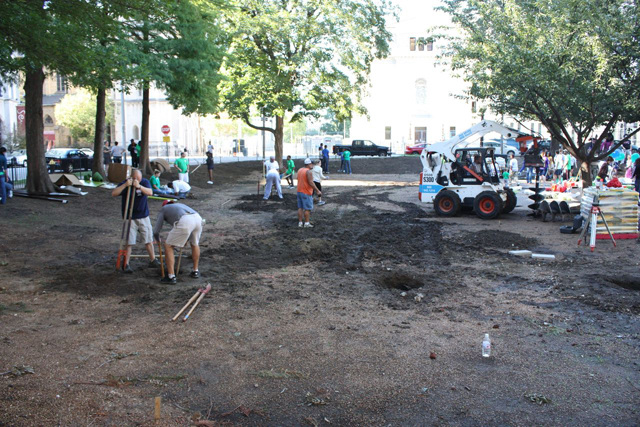 Kelly and Matt promptly got to work. While Matt focused on landscape improvements, Kelly  applied for, and received, a Let’s Play construction grant. She rallied her community to raise additional funds, and using our tools on Our Dream Playground, formed a planning committee to organize a done-in-a-day playground build that drew from existing community assets.

On September 8, 2012, an estimated 100 volunteers—including 40 teenagers who showed up unexpectedly asking how they could help—hauled wheelbarrows, shoveled dirt, and assembled equipment, constructing a beautiful new playground in less than 12 hours. 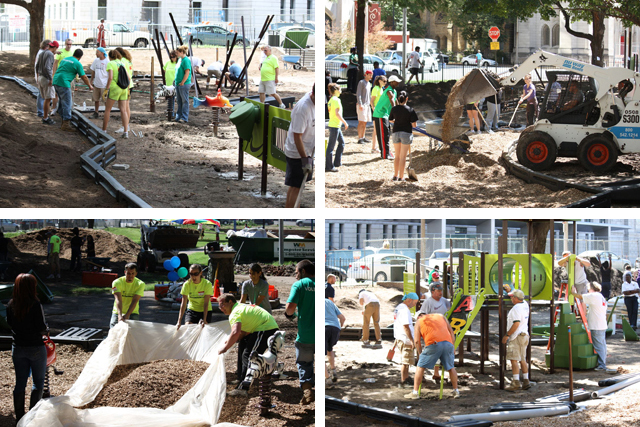 Says Kelly, since the playground build, “The park has gone through a complete transformation – a total 180. Area residents are shocked at the change.” She adds, “I’ve seen so many families in the park that I’ve never seen before. I knew there were more kids in the neighborhood, but they never played outside.”

Friends of Lucas Park know that their work isn’t finished. That’s why at KaBOOM! we say, “It starts with a playground.” The rest of the park remains fenced off until they complete more renovations. The group is also aware that even a brand-new playground could fall into disrepair if not cared for by the surrounding community. They plan to keep neighbors engaged in the maintenance of the playground so that future generations of downtown St. Louis families can enjoy a safe, communal place to play. 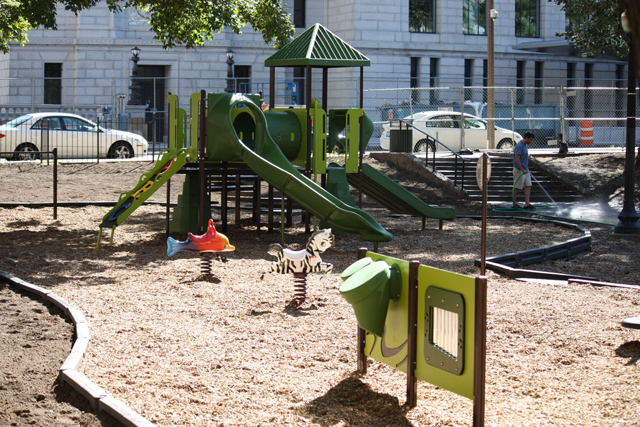