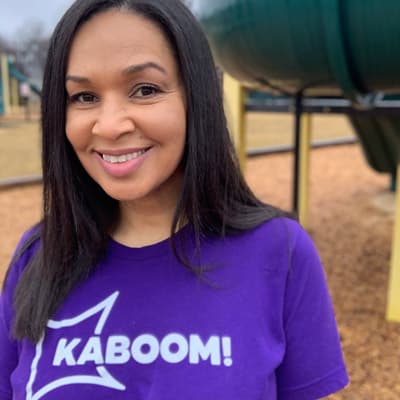 “Lysa is an accomplished leader who has built a career developing partnerships to bring much needed resources and countless hours of time into communities that have historically experienced disinvestment,” said Jake Siewert, KABOOM! Board Chair, and Global Head of Corporate Communications at Goldman Sachs. “She is perfect for this role and this moment — bringing people together to create joyful opportunities for kids across the country. The board and I were impressed by the seamless way Lysa took on the Acting CEO role six months ago when James stepped away to focus on a family health issue.”

Throughout her career, Ratliff has served as a champion for kids and their resilience, leading efforts to connect partners and make change for communities and kids across the country, and around the world. She has held Sr. leadership roles at Habitat for Humanity International, Save the Children, and spent more than a decade in international marketing communications at several large corporations. Ratliff takes the helm of KABOOM! as the organization celebrates its 25th anniversary of working alongside communities to build incredible playspaces that give every kid the chance to thrive physically, socially and emotionally.

“I am excited and honored to take on this challenge building on the work we have been doing over the past several years to center equity, with a focus on racial equity, in the access kids have to amazing playspaces. This is particularly critical right now, as the work around the care, well-being and long-term stability of our kids has never been more urgent,” added Ratliff. “This is difficult work that requires humility and resilience because our mission is urgent — kids only get one childhood.”

Ratliff’s experience leading cross-sector relationships towards a common goal will allow KABOOM! and their partners to even more fully engage in the collective work needed to meet this moment. Her lived experience will further the commitment KABOOM! continues to make to become a more race-informed organization, well-positioned to meet the needs of communities, and ultimately ensuring kids have incredible places to play.

“I am thrilled to have Lysa take on the CEO role. With Lysa at the helm, KABOOM! is poised to accelerate our efforts to transform public space for kids and families in disinvested communities, eliminating disparities in access to great places to play due to longstanding systemic racism,” says Siegal. “Anyone who has interacted with Lysa – whether it is nonprofit, philanthropic or corporate partners; community leaders or residents; or colleagues – has been touched by her grace and her ability to bring people together in common purpose to make difficult but necessary change happen. She is a remarkable leader, and I am confident she will take the work of KABOOM! to new heights.”

About KABOOM!
KABOOM! is the national nonprofit committed to ending playspace inequity – the reality that quality places to play are not available to every child, especially in communities of color. Since 1996, KABOOM! has partnered with kids and communities to create or transform 17,000+ playspaces and ensure that nearly 12 million kids have equitable access to the crucial benefits and opportunities that playspaces offer. In 2022, KABOOM! launched the 25 in 5 Initiative to End Playspace Inequity, the $250 million plan to accelerate its mission in 25 high-priority locations over five years. Learn more at kaboom.org and join the conversation at twitter.com/kaboom, facebook.com/kaboom, instagram.com/kaboom and LinkedIn.