The playground at Maree G. Farring Elementary Middle School in Baltimore before the new KABOOM! playground was built.

“Rather than hoping a child is tough enough to endure the insurmountable, we must build resilient places — healthier, safer, more nurturing and just — where all children can thrive. This is where prevention and healing begin.” Dr. Mona Hanna-Attisha in
“I’m Sick of Asking Children to Be Resilient”

Our cities were built for two Americas: one economically secure and White, the other impoverished and largely Black or Brown. Decades of intentional policies ascribed value to neighborhoods based on the race and wealth of their residents, ultimately defining who gets opportunity and who doesn’t. In many ways this history is written in the landscape: Where are the good schools? Can you catch a bus around here? Is there a park down the street? Where can my kids play?

The uneven impact of the COVID-19 pandemic has brought the gulf between the two Americas that kids navigate every day into high relief. With millions of kids now at home, the role of schools as essential community infrastructure has never been more apparent. While we don’t get to rewrite the history of why some schools are well-funded and others aren’t, we can use this moment to commit to build a more equitable future for kids regardless of their race or zip code.

Federal funding to support public school districts modernization would allow schools to unlock the potential of their infrastructure, benefitting kids and communities across the country. On average, K-12 school facilities are nearly 45 years old and underfunded by $46 billion each year, according to Chairman of the Committee on Education and Labor, Congressman Bobby Scott.

As BASIC notes, even with some state funding, low-wealth and high-need districts struggle to provide adequate infrastructure, disproportionately affecting majority Black and Brown schools. Including support for school infrastructure in the next stimulus bill, particularly funding aimed at addressing these disparities, will “build a new generation of resilient public schools ready to serve students and communities year-round.”

School facilities are more than the four walls of a classroom. At their best, they are essential neighborhood assets that serve as kid-friendly gathering places and are hallmarks of a resilient community.

Play spaces are a critical part of school infrastructure. Many parents have the luxury of taking for granted that their local elementary school has a place to play for their kids during the school day and after hours. But this is not the reality for far too many kids, like those in Philadelphia, where two-thirds of public elementary schools don’t have playgrounds. The Rebuild Americas School Act can make a difference for every school, and especially those in low-wealth, high-need districts. Kids and volunteers celebrate the completion of their community-built playground at Maree G. Farring Elemementary Middle School in Baltimore, MD.

KABOOM! is committed to amplifying the power of local partners to support building resilient schools – and communities. Ensuring all kids have playspaces so they can thrive has always been important. Its been our mission for more than 24 years, during which time we’ve partnered with more than 650 schools across the country. That’s nearly 450,000 students in 42 states who have a new playspace — in this generation alone.

In partnership with local leaders in Baltimore, we’ve built or improved 60 playspaces since 2001. More than a dozen of those have been with Baltimore City Public Schools, which serves approximately the same number of students as nearby Anne Arundel County with less than a third of the infrastructure budget. Kids in Baltimore face especially steep barriers, too. A recent study showed a nearly 10-year gap in life expectancy between the city’s highest and lowest opportunity neighborhoods.

At North Bend Elementary in Southwest Baltimore, Principal Patricia Burrell understands the importance of play for her students. “This is an equity issue, especially for children of color who don’t have everyday places to play and be safe and enjoy the city they live in,” Burrell told the Baltimore Sun. Those who volunteered at the build, like parents Lynda Jacques and Janasha Jackson, told the Sun they hope the new playspace helps students in and out of the classroom.

“This is an equity issue, especially for children of color who don’t have everyday places to play and be safe and enjoy the city they live in.” Principal Patricia Burrell
North Bend Elementary, Baltimore, MD

There are another 31 schools with playgrounds in need of replacement to adequately serve the needs of Baltimore City’s students. And when its safe to do so, KABOOM! will be ready to build hand-in-hand with local residents, city government, and our partners at Baltimore City Public Schools. To “bring joy to the kids,” as Jacques noted.

The COVID-19 public health crisis has the potential to erode community cohesion and expose kids who have already experienced significant adversity to even more trauma. As the pediatrician Dr. Mona Hannah-Attisha says in her recent New York Times op-ed, our focus must be on building healthy, resilient places rather than expecting kids to endure the insurmountable and hoping for the best.

So particularly at a time when schools are shut down and our kids are at even greater risk of social isolation, lets redouble our commitment to provide them with one of the fundamental aspects of childhood — a great place to play. Passing the Rebuild Americas School Act is a great place to start. 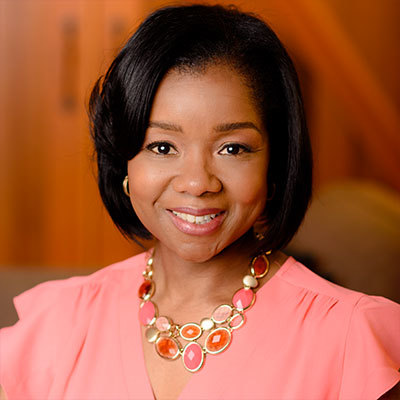 Ronda Jackson is the Vice President, Government Affairs at KABOOM! She is working to galvanize nonprofit allies and build partnerships with federal, state, and local government officials to end playspace inequity.

President Obama and the First Lady volunteer with KABOOM! on the National Day of Service