Susan Rogers has always been fascinated with design, a curiosity that stems from her childhood when she first started questioning the built environment around her. Why is one location better constructed than another? What can I do to make community spaces more equitable? Today, Susan's role as director of the Community Design Resource Center (CDRC) at the University of Houston gives her the opportunity to find answers.

Through design, Susan works to enhance the quality of life for Houston's low-income communities. The Play Everywhere Challenge presented her with a chance to improve multi-family housing complexes by creating more livable, family-friendly environments. 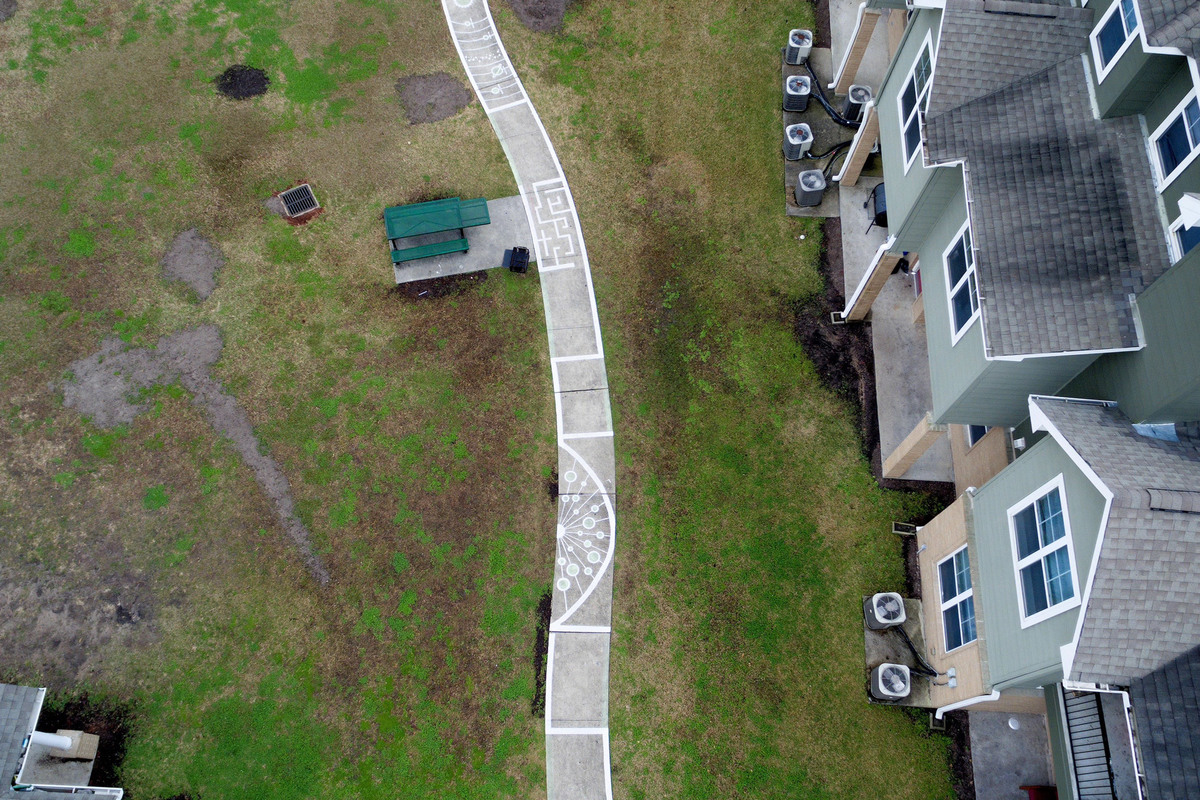 I actually wish we had been able to make more of an impact on multi-family housing in Houston over the years, but this was certainly a real, true and substantial opportunity for us.
Susan Rogers

Susan and her team at the CDRC chose Oxford Place, a Houston Housing Authority (HHA) community, as the location for her project. The HHA recently expanded its efforts to provide kids with safe places to play. Susan credits the overwhelming support of the HHA with enabling her team to transform their creative ideas into a reality.

The CDRC identified four highly-trafficked areas across the community to redesign into colorful, playful spaces. They asked kids to use their imaginations and draw what they'd like to see, instead of the boring old gates, parking lots, sidewalks and courtyards that they are used to. Susan and her team collected more than 200 postcards with drawings and notes that they used to design the project.

Armed with creative ideas, the CDRC returned to Oxford Place, this time with a different motive—hiring youth interns. Susan knew that having teenagers on the project was an opportunity to get new perspectives for the project design, and to develop the skills of local youth. The interns took part in workshops, where they learned why architecture design is important, and what it means to be a designer. They also chose quotes and patterns for the sidewalks.

Beyond the teenage interns, kids of all ages in the community were involved with the project. Many painted wooden medallions hanging on the fence adjacent to the Oxford Place basketball court. The medallions all had the words "I am" written on the back, which the kids punctuated with adjectives, like "strong" and "caring." This activity beautified the area, and encouraged self-confidence and positive thinking.

Oxford Place is now bustling with kids playing hopscotch, racing each other on the metered sidewalk and getting to know their neighbors. "Every time I went out to the complex there would be a kid who wanted me to time him racing the 100-yard dash," Susan said enthusiastically. The project has brought community members—both families and kids—together.

Susan believes the kids walked away from the project with a feeling of empowerment from transforming their own environment.

I hope that we had a small impact on the idea that you have the power and the right to shape your place in the world.
Susan Rogers

Along with the project came the potential to bring similar ideas to other HHA and private apartment sites across Houston. Oxford Place is hopefully the first in a long line of multi-family housing renovations to provide kids with safe, fun places to play. 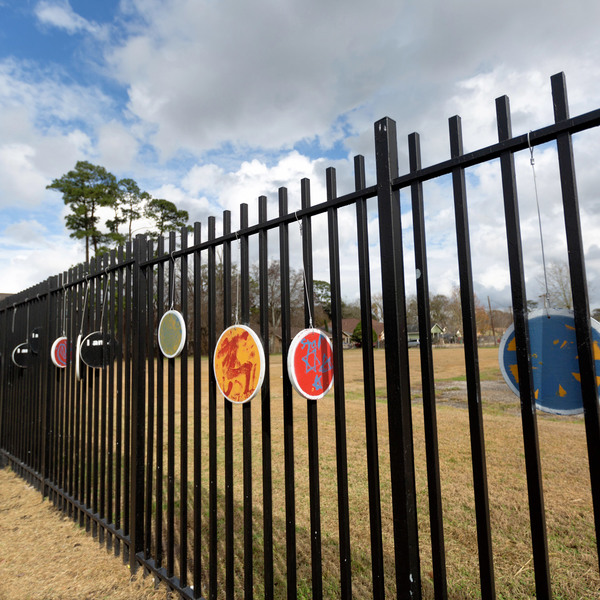 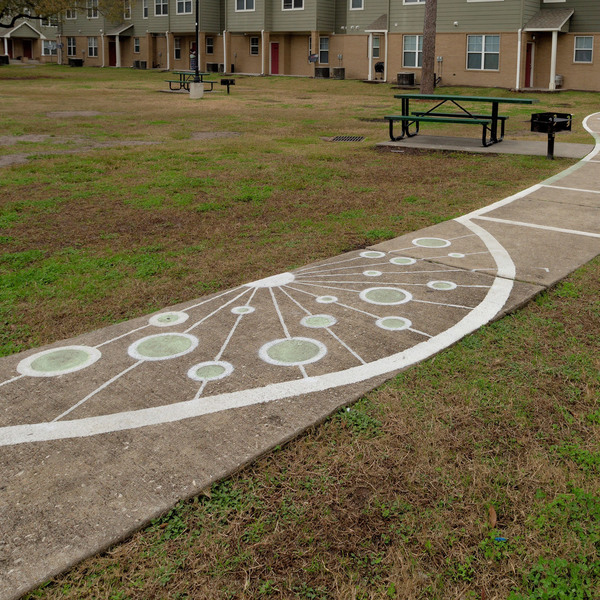 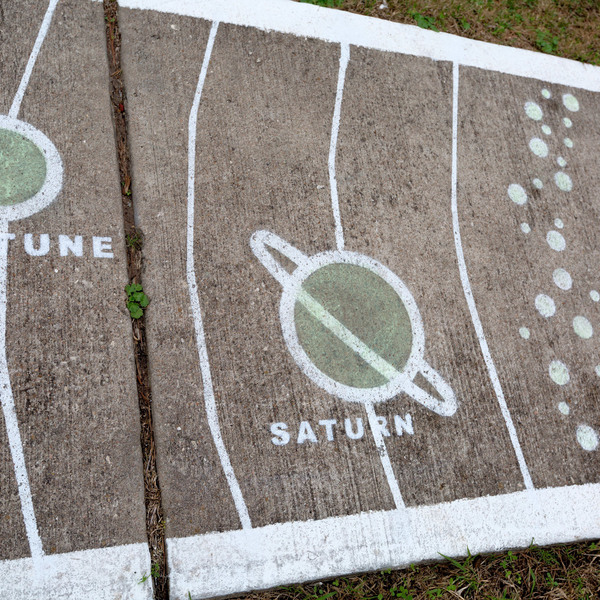 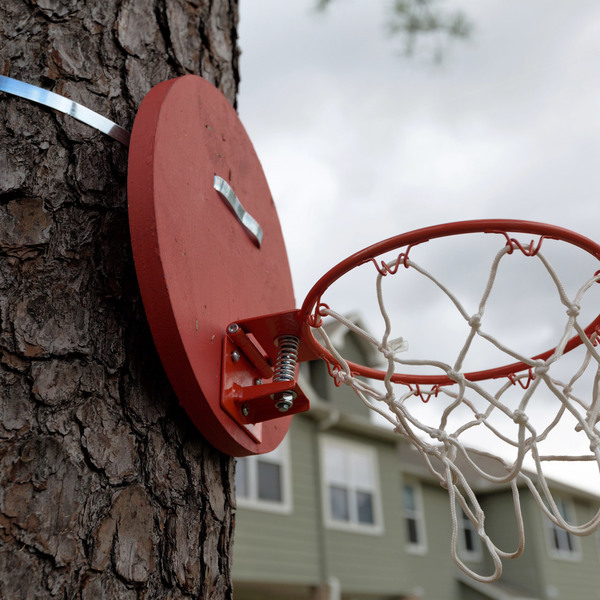