Since the 1980s, the City of Decatur, Georgia and The Decatur Downtown Development Authority have been committed to establishing positive relationships and interactions between community members and the built environment. Many cities respond to suburban growth by reapportioning space for vehicles. The City of Decatur did the opposite, by widening sidewalks, creating bike lanes and removing parking lots. The city now has extensive pedestrian paths; 40% of the kids in the area walk and bike to school. 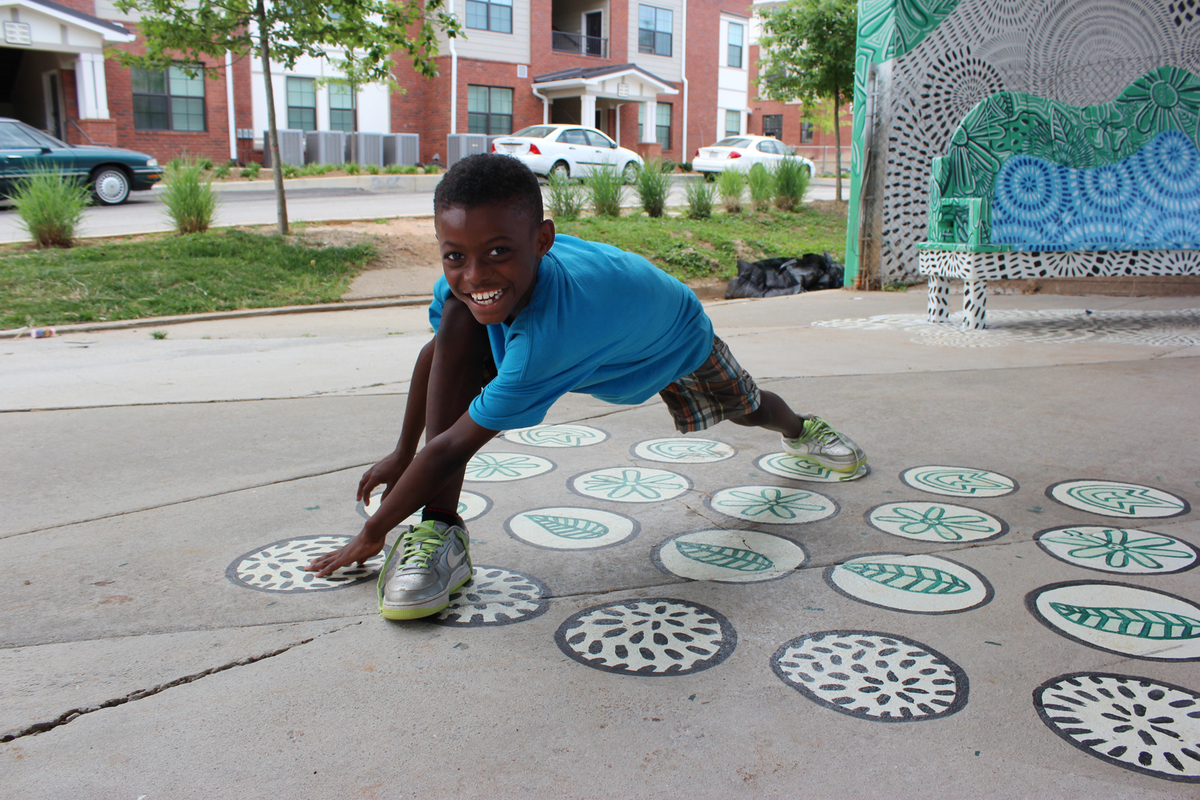 Cheryl Burnette, assistant director of the Active Living Division, is committed to developing spaces where people are the first priority. Burnette fondly remembers learning more through playing as a kid and adult, than writing and memorizing materials. For Burnette and her team, inspiring others to stay young at heart is the best way to be of service to your community.

Burnette's team understood that focus is often put towards the development of the destination, and rarely on the route taken to get there. Left untouched and avoided, these intermediate corridors are far from inviting, and create negative associations between the space, its safety and the community that lives there. Enhancing the "in-between" spaces along public transportation routes was the next way to serve the community.

One of these passways is the bridge underneath the Decatur MARTA rail station. With the Decatur Housing Authority located less than half a mile away, many residents walk through these dead spaces multiple times a day. Kids wait under the bridge to catch the school bus, neighbors walk and ride bikes under the bridge and cars traverse the corridor daily.

Bringing play to this space had the potential to bridge the gap and reclaim the space for its neighboring communities. Once a concrete desert, the space is now a whimsical wonderland of stenciled sidewalk art and bridge way murals, and includes interactive features like hopscotch, a balance beam and oversized chimes.

The goal of this project was to make people feel valued.

Hundreds of community members came to the first mural engagement. Informal partnerships with the housing authority, MARTA, the Decatur Arts Alliance and Malagros Collective were formed.

The perfect asset to Burnette's team, Malagros Collective turned the community's colorful dreams of playful art into reality. "Peanut, a long-time resident in the neighborhood, came by the station every day asking to put his name in the mural...and they did," said Burnette.

About 3,800 commuters pass through the Decatur MARTA Station each day. Long gone are the ominous gray slabs of concrete that muffled laughter, conversation and joy. In their place are walls with wondrous colors and shapes, an invitation for a quick game of hopscotch and twister or a musical interlude to be played on giant chimes.

This project found ways to include citizens who didn't have a chance to be a part of the artistic process.

Celebrating art, culture and prioritizing pedestrian friendly routes has been a longtime commitment for the City of Decatur. The City's strategic plan incorporates expanding recreational program offerings and public active-living facilities, as well as developing internal city policies that promote an active lifestyle.

The success of JUMP @ MARTA allowed the residents to reconnect with each other and reclaim this space, while also proving to be an inspiration for three other MARTA stations. The City of Decatur has been recognized as leaders in redevelopment, and this project helped confirm that they are also leaders in play. 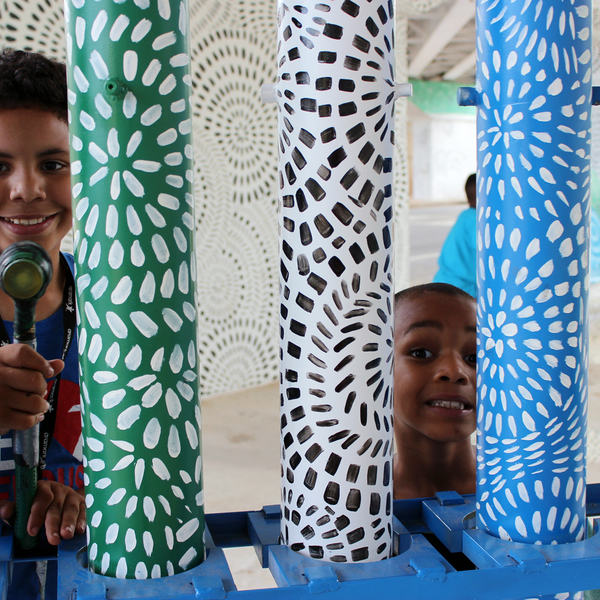 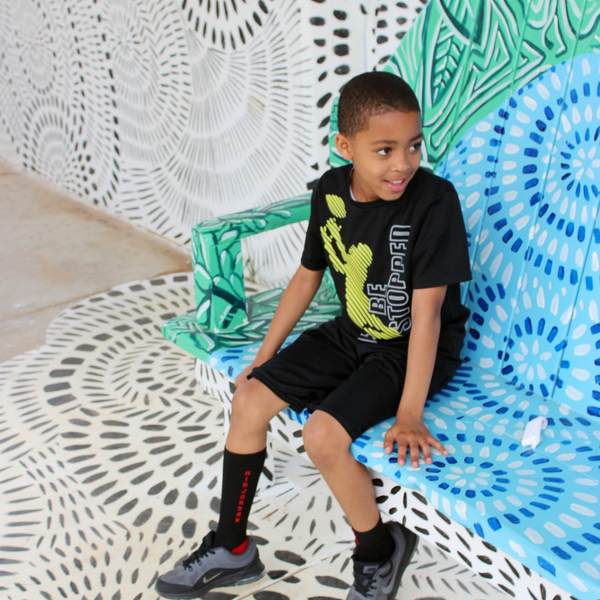 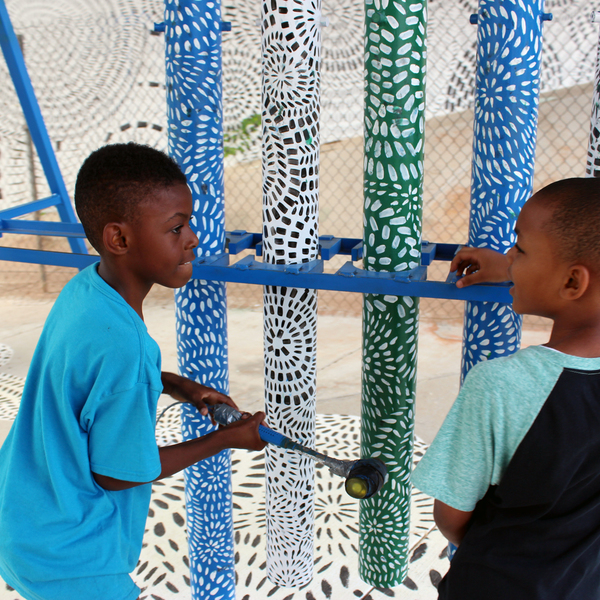 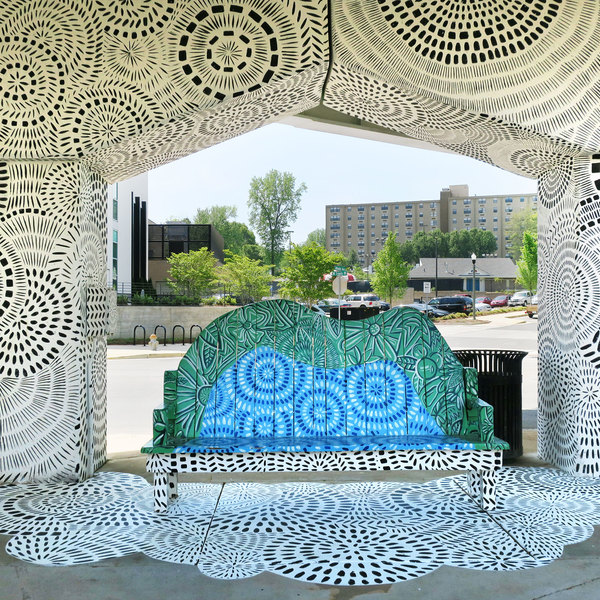