Upon retiring from the corporate sector, Nestor Fernandez wanted a change in career paths. "I wanted my second career to be meaningful, something that filled my soul and not necessarily my bank account," he said. Since then, Fernandez has spent fifteen years working various positions at Telegraph Hill Neighborhood Center (TelHi) to better serve the TelHi community. 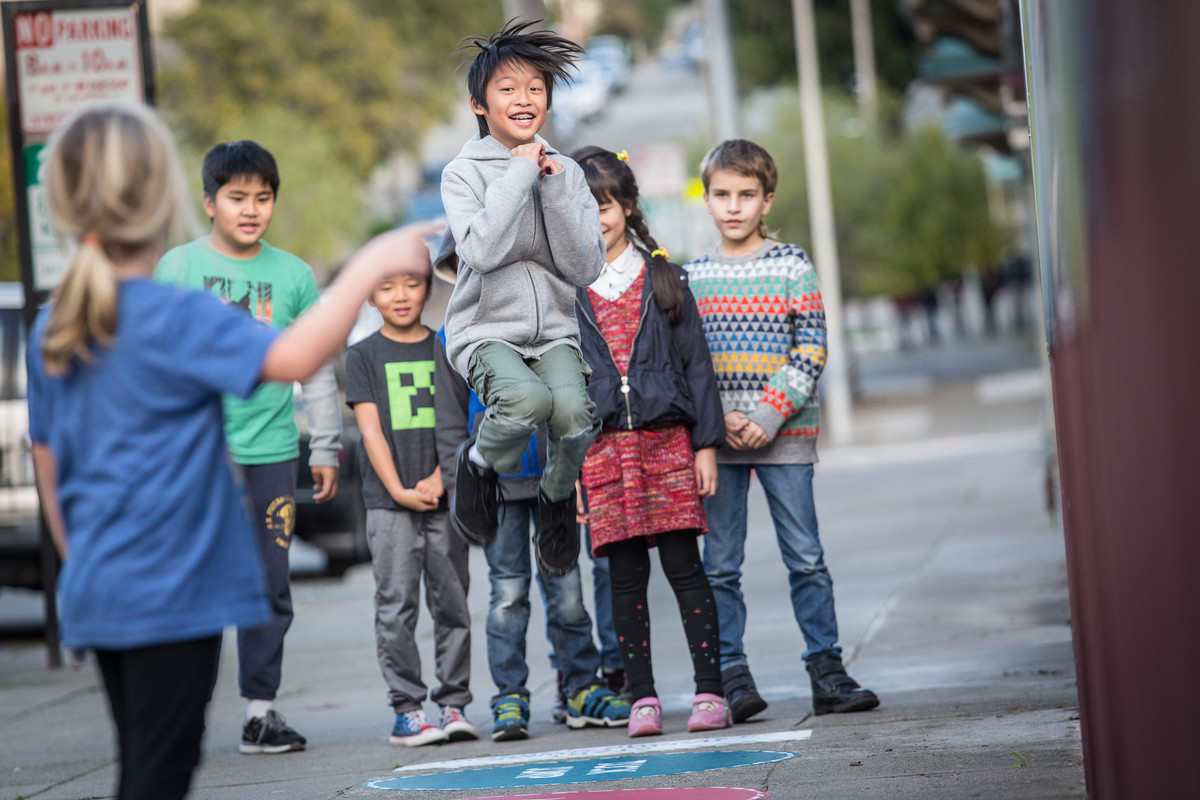 The TelHi Play Everywhere Challenge project team drew inspiration for this pop-up play path from a TED Talk titled, "Before I Die," an interactive public art installation that invites people to contemplate death, reflect on life and share their personal aspirations in public. Fernandez was immediately taken by its near-magical power to spark conversation. His team attempted to challenge those same ideas, but with a playful and active twist.

TelHi began planning to transform the street outside its office into an exercise course. Along the way, brightly colored signs would guide visitors through a series of short activities, including skipping, hopping and jumping in place. At the "cool-down" station, visitors would browse nutrition tips, before arriving at a chalkboard posing the ultimate prompt, "What makes me happy?"

Having settled on an idea, a small core team within TelHi got to work, meeting regularly to divide and conquer. Happy Lane’s success depended on support from the community. The team presented the idea to notable community members for feedback, including the district supervisor, assemblyman and school principal. "It was a great chance to make them feel like a part of the process," Fernandez remarked.

Play Everywhere has made us rethink how we engage the community and asked us to think about play beyond what we normally do. We never thought that the side of a fence could do that.
Nestor Fernandez

Beyond gaining community buy-in, TelHi also partnered with a design firm, whose expertise helped make the space vibrant and inviting. The TelHi community center is bursting with brightly colored images and shapes, and Happy Lane is no different. "They put lots of time and energy into this, and created materials that are beautiful," Fernandez noted.

While this project offered an incredible opportunity to connect the TelHi in a different way, Nestor says that it was still a risky endeavor. "Our project isn't like some of the others. People have to engage with this emotionally and physically, and we were worried that they wouldn't be willing to do that."

Even in the rain we had people who would stop and look at the chalkboard, and try to do an exercise.
Nestor Fernandez

As it turns out, people were willing to do just that. Despite several installation delays due to weather, the budgeted "cushion" helped them to still open on time. The chalkboard has become a hub for conversation; a place where kids and adults alike can take on the spontaneous challenge of physical activities, or simply pick up a piece of chalk and share their feelings of happiness.

Measurements for project success weren't based on algorithms of foot traffic, projections based on time of day or even public media recognition. Instead, TelHi relied on community participation to show the project's success.

"We now understand what the outcomes are and what they can be," said Fernandez. 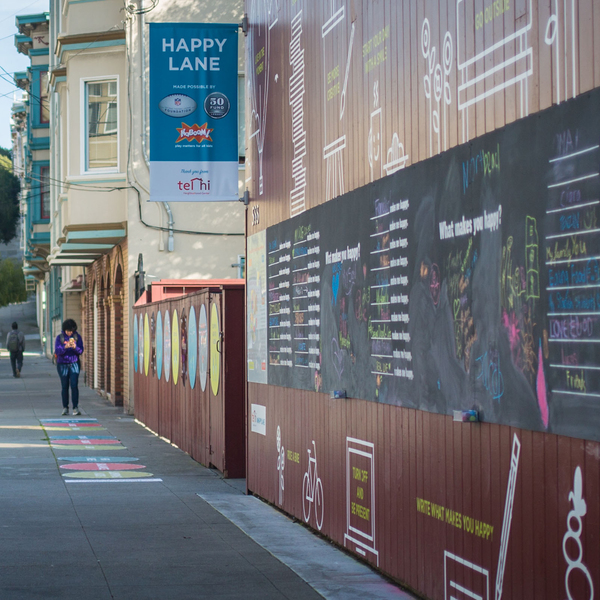 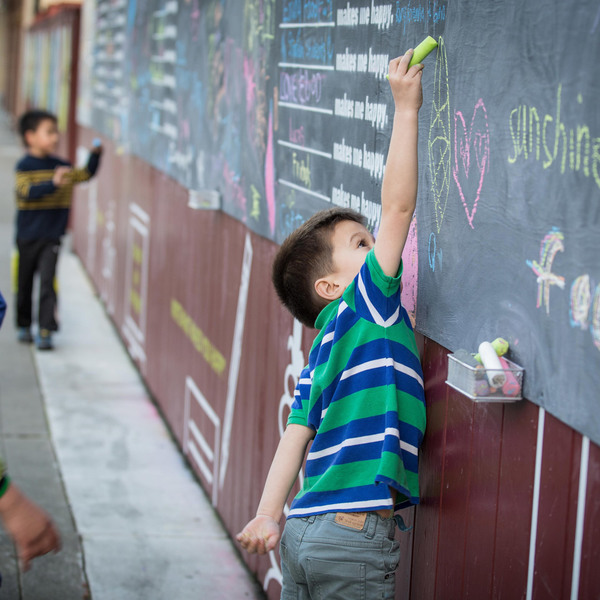 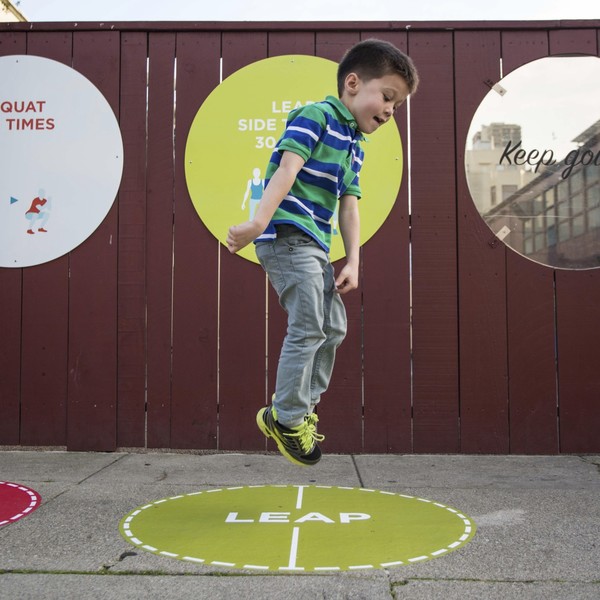 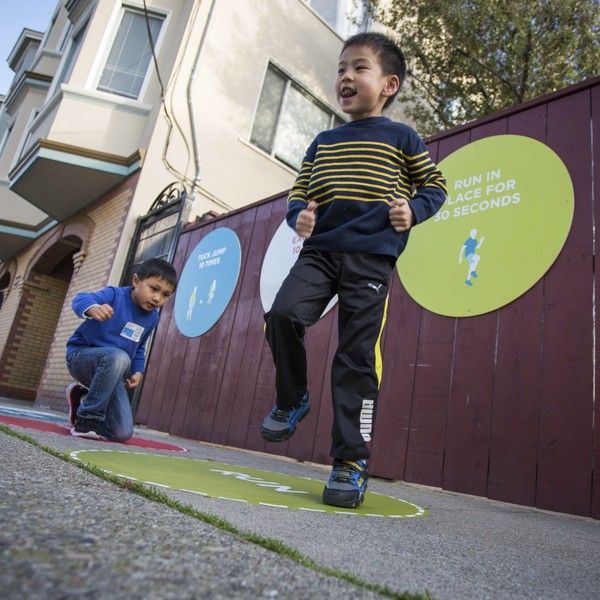 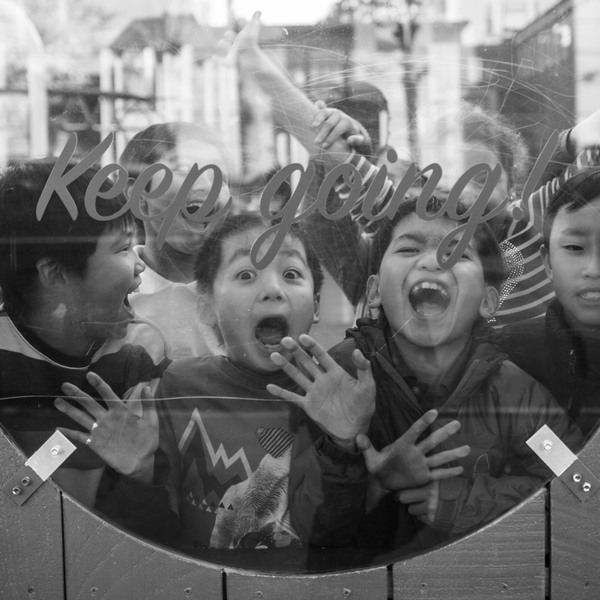 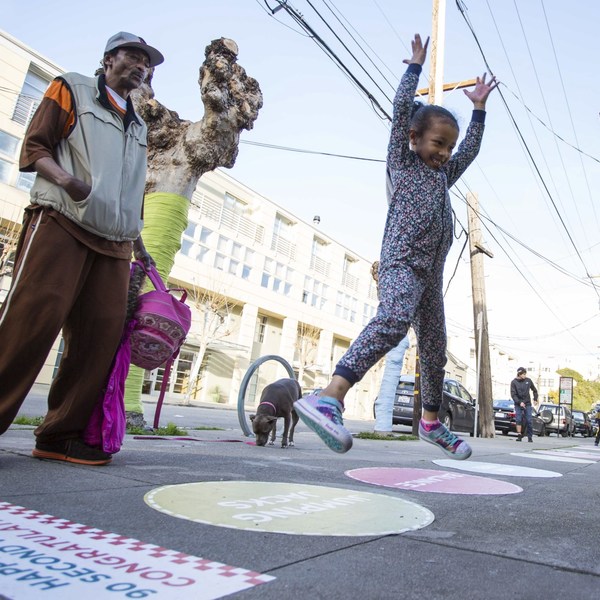 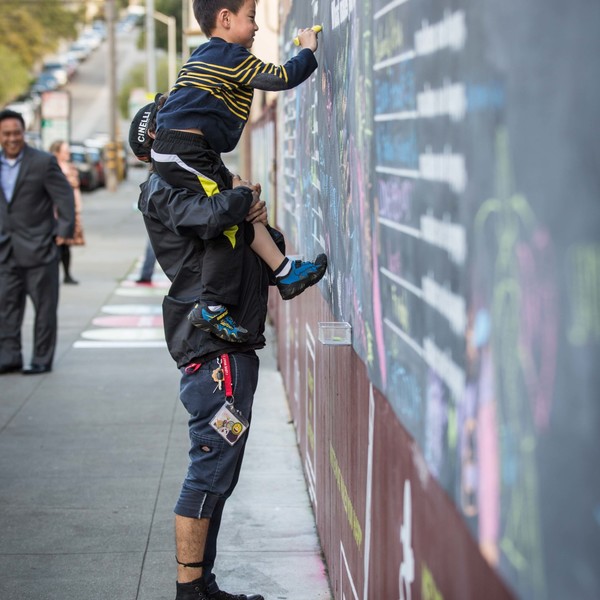