In 2005, Hurricane Katrina ravaged through New Orleans, devastating every community it touched. Many of these communities have made good progress towards recovery, but one is certainly lagging behind—the Lower Ninth Ward. 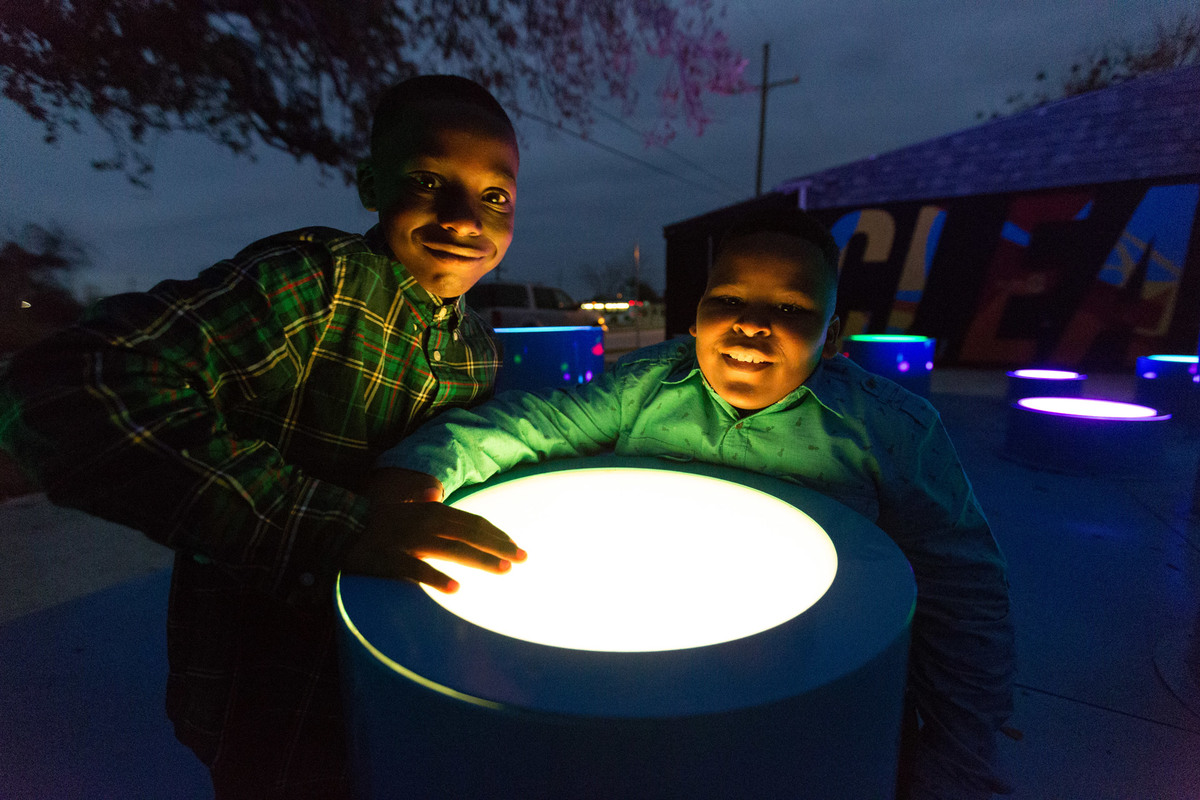 Ryan Swanson, of The Urban Conga, a design firm that promotes community activity and social interaction through play, sought to help change this.

When Ryan first visited the Lower Ninth Ward in 2012, he said it looked as if Hurricane Katrina had hit just two days prior.

There have been many efforts to rebuild the much-needed infrastructure. For instance, Burnell Cotlon, one of the local residents, is building small shops, such as a convenience store and a laundromat. Recognizing that kids did not have a safe place to play, though, Ryan developed an idea to bring music and light to a dark, gloomy bus stop, where kids wait each morning to go to school. He simply called it, The Hangout.

Ryan partnered with Cotlon to provide electricity for the project. Until 2019, Cotlon will power The Hangout, and Ryan's firm will fix any major damages.

Having secured power for the project, Ryan and his team took to the streets and spoke to members of the community to understand the surrounding culture. "We wanted to bring something that the community could relate to," said Ryan. It turned out drumming was a fan favorite.

The Urban Conga began constructing the project, despite frequent encounters with unpredictable weather. Installing an electronic hangout space can be quite difficult in the rain.

It gets frustrating at times, but then people in the community come up and are like, 'Oh thank you guys so much,' and it really pushed us to keep going, keep building.
Ryan Swanson

The Hangout even became a spectacle during its construction phase. Kids were curious about how it worked, and would approach Ryan and his team members, asking seemingly never-ending questions.

Both kids and adults were immediately invested in the project, indulging in hands-on exploration to test out the different sounds and lights. Even after the initial excitement, families still visit regularly after school to play on The Hangout. Kids often enjoy it while their parents run errands at the convenience store or the laundromat.

The Hangout is reinforcing a sense of identity for the community. Ryan hopes it also inspires them to take on more projects that will build community and encourage play. At last, the Lower Ninth Ward has a community hangout to call its own. 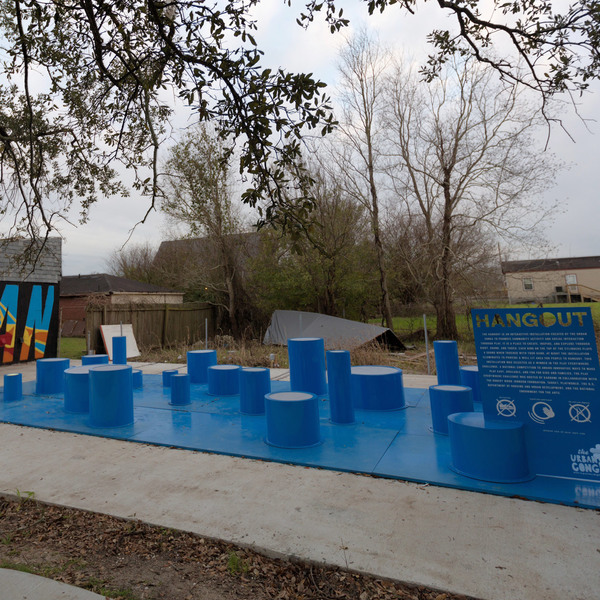 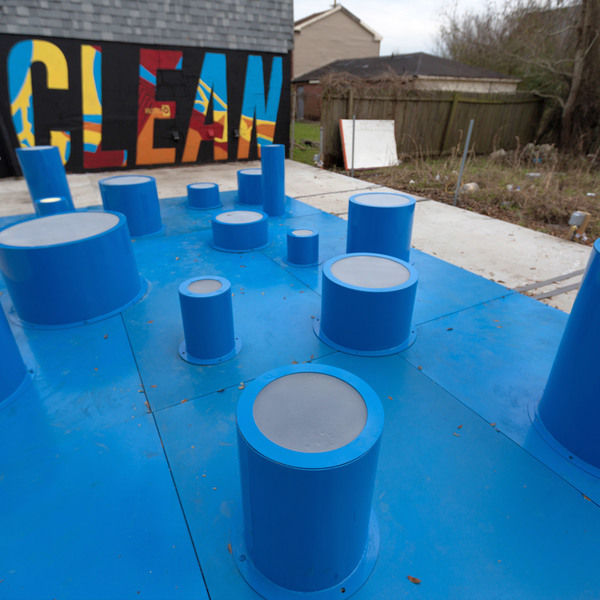 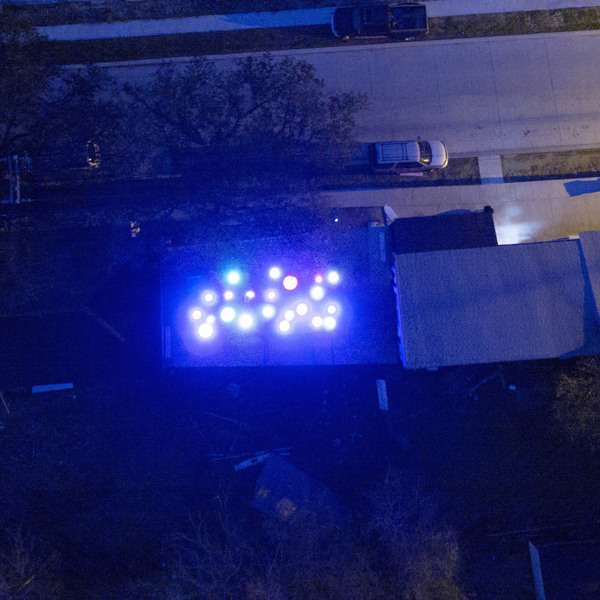 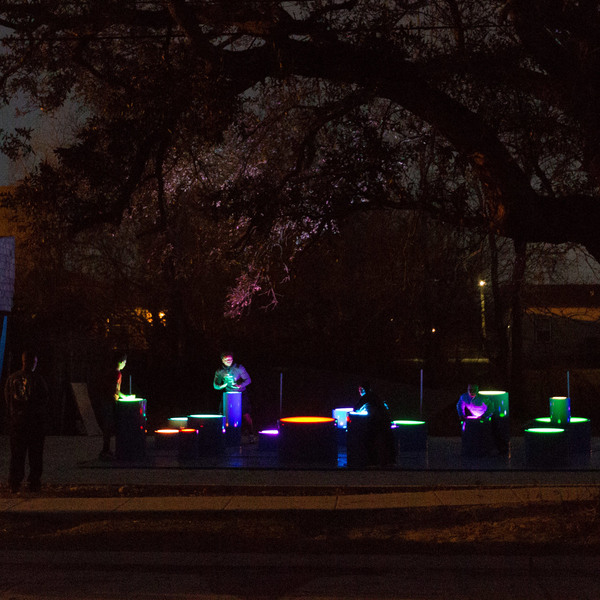 More case studies
BUSt! Boredom Lexington, KY Delightful mini-installations bring kids and families closer while they wait for their ride at the public transit center.
Jump @ MARTA Decatur, GA A splash of color to a bland transit corridor invites City of Decatur train commuters to play along the way.
Happy Lane San Francisco, CA Get Ready, Get Set, Get Healthy! A dynamic activity path takes visitors through an unexpected pursuit of happiness.