In some ways, the Charlotte-Mecklenburg Government Center (CMGC) is a beautiful place. It's the melting pot of everyone in Charlotte, NC. Families come to the CMGC from diverse neighborhoods to access social services and meet with city officials. According to Monica Carney Holmes, an urban designer for the City, "If you want to get married, you come here. If you need to go to traffic court or pay a water bill, you come here. If you are a developer and you want to meet about your new project, you come here."

But the CMGC was ugly, featuring just a concrete outdoor plaza with fountains that had been broken for 10 years, where kids would wait restlessly for hours while their parents took care of business. Fortunately, young government employees had been learning about the promises of tactical urbanism and saw this space as an opportunity. 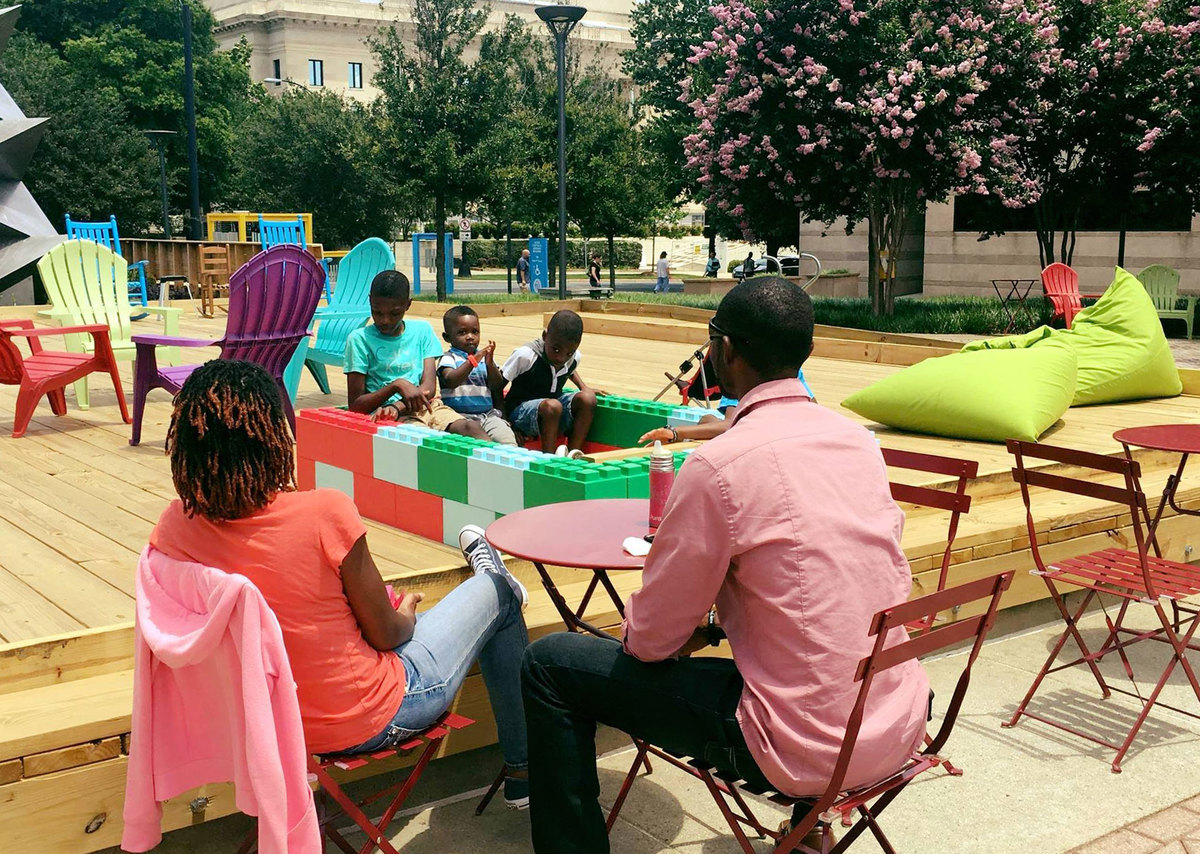 Holmes and her team got input from 200 local employees about what they’d like to see in the government center. They were given multiple options for how to submit their ideas; they could pick photos, draw a picture or even write a Mad Libs. This process led to the participants feeling a sense of ownership.

Kids at the local childcare center also had an opportunity to provide input, by drawing what they'd like to include. The life-size dinosaur didn't quite make the cut, but Holmes was influenced by the playful sentiment the kids expressed.

Based on community feedback, the City decided that an assortment of family-friendly activities and installations would be a quick, adaptable solution to activate the space.

Finally, in June of 2016, the ideas came to life via a Front Porch Friday celebration. For less than $2,000, the City was able to set up areas dedicated to gardening, food trucks and an all-ages playground. This demonstrated low-lift options for bringing people together and improving the quality of life downtown.

Creating a series of public spaces and experiences

Throughout the rest of the summer, more programming popped up, building anticipation and excitement. On any given day, you could see families playing with big Legos and hula hoops, dancing to a police officer playing trumpet or relaxing in a giant Adirondack chair. The City installed a 25-foot Little Free Library. The kids who helped design GovPorch even created artwork to decorate the fencing. And those broken fountains? They were turned into planting beds with flowers.

"There's something profound about a space that's the actual front door of a city. If it's a dysfunctional place, it really says something," mused Holmes. "In Charlotte, we've been able to transform our front door into a space that's fun and engaging for all ages. That pays dividends for a very small amount of money."

Now, neighbors are more easily forming relationships in such a playful environment. Holmes recalled seeing the four-year-old son of Cliff, the local water ice vendor, roaming around GovPorch one day. He met another young boy and the two began scootering together. A few weeks later, Holmes saw Cliff, and, surely enough, the two boys were playing again, smiling from ear to ear.

Now, residents can meet city employees just by being in the space. They're building relationships.
Monica Carney Holmes

These new relationships are having a measurable effect. During Front Porch Friday, there were seven times more people hanging out downtown than on a typical Friday. That momentum is continuing, as word of mouth spreads.

GovPorch is also strengthening the relationship between the local government and its citizens. "People think of us as serious," Holmes explained. "But we're not all uptight! GovPorch is showing that the government can be playful." 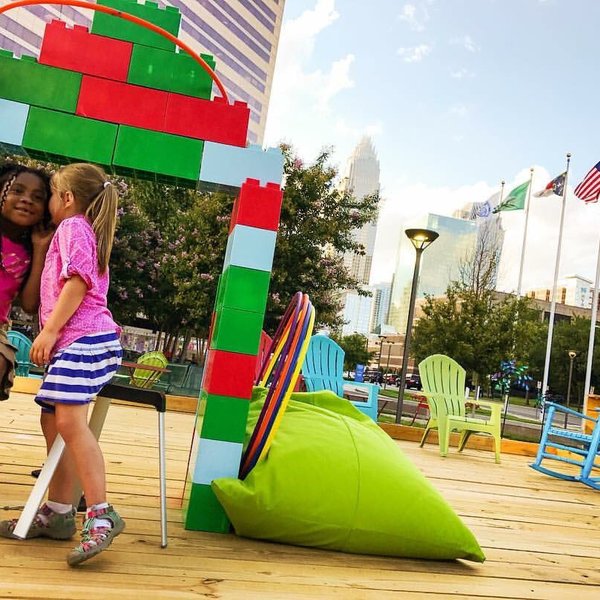 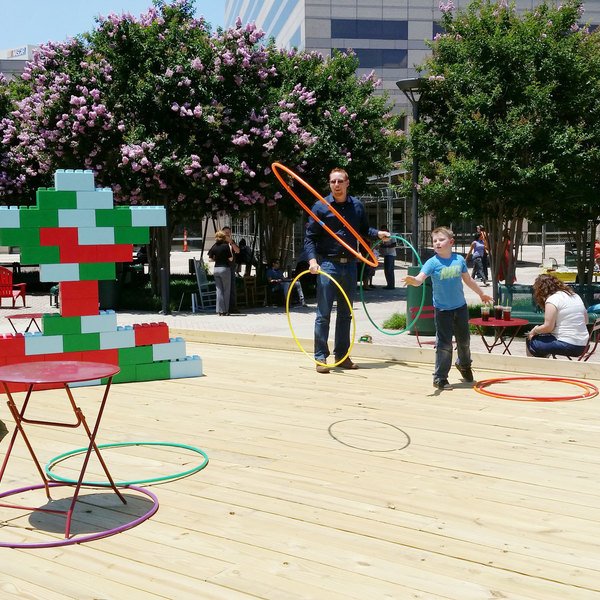 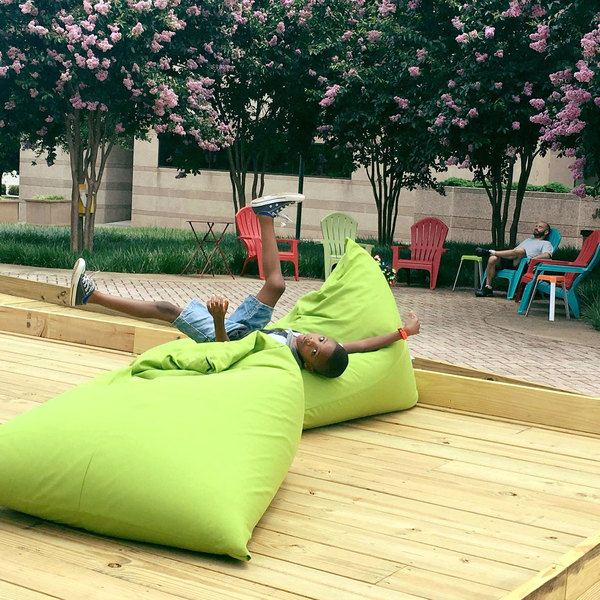 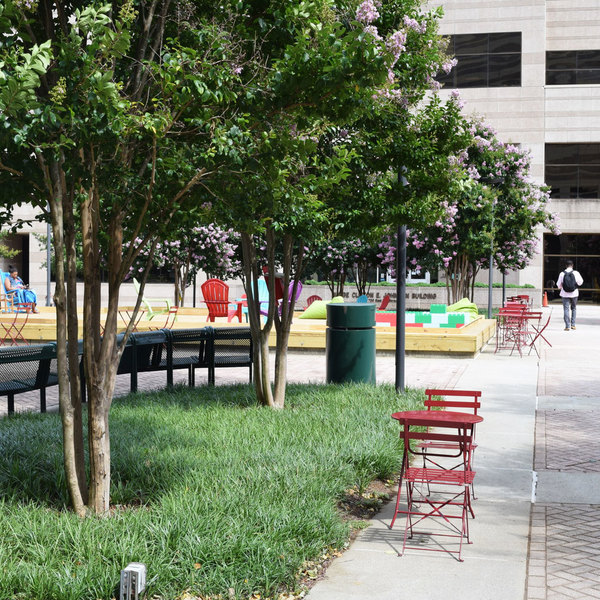 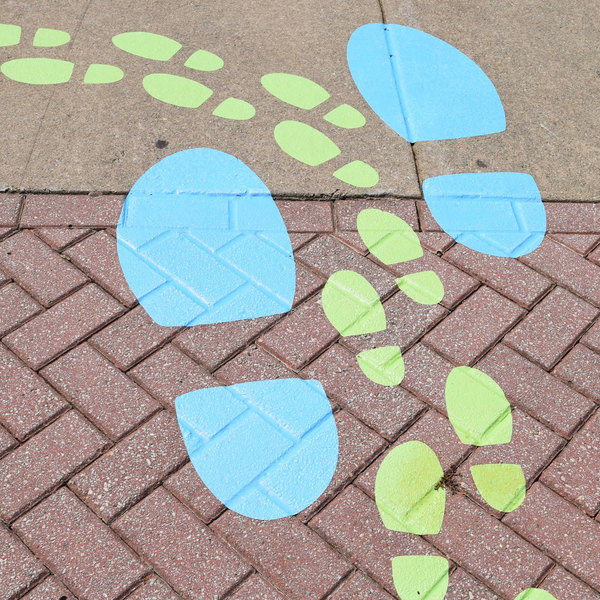 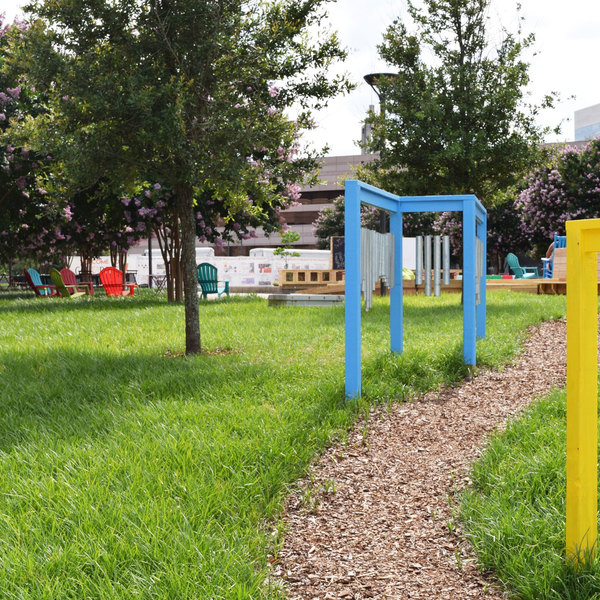