How to build a trellis planter bench 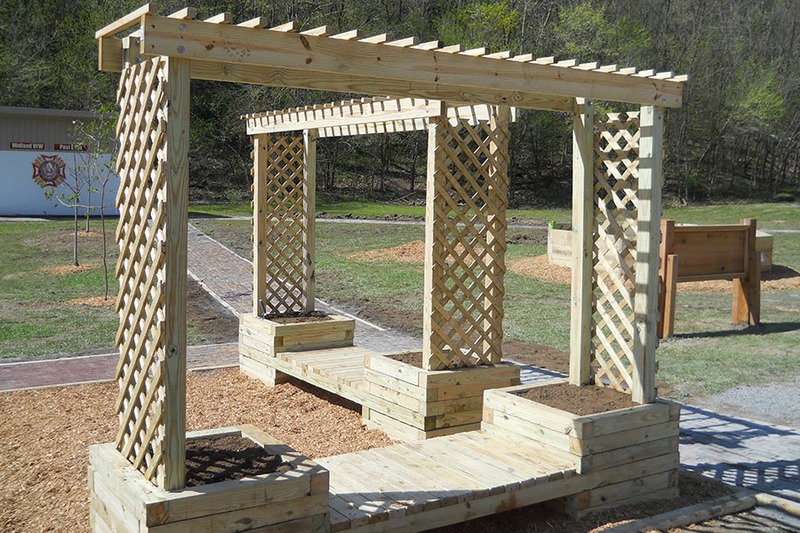 This project combines the goodness of bench seating, planters, and a trellis all in one! Adults and children appreciate having plenty of seating areas in and near their playspace. The planters provide a unique opportunity for children to tend to a plant and watch it grow! A trellis is an important feature of a garden, allowing for the growth of plants that need support, such as vines and roses. So, while aesthetically pleasing in its own right, it also serves as a structural piece which allows the garden to reach a variety of heights.

How to paint a basketball court

How to build a butcher block bench

Thank you!
Your PDF is downloading.

If you'd like to learn about more useful tools and information from KaBOOM!, please consider subscribing for updates!

No thanks, return to kaboom.org