Loopholes is a playable sculpture composed of five open, climbable cylinders with peek-a-boo holes throughout.

Loopholes is designed to offer a less formalized play opportunity by allowing kids to crawl, climb, and use sand to create — all while being protected by the soft perimeter. The structures also create quieter zones to retreat to for some peaceful play. This playspace came about after designers Julia Jamrozik and Coryn Kempster connected with Citizens for a Better Cassadaga (CBC), who told them of the recent loss of their elementary school and its playground, which left only one playground in town, which had 50-year old swings.

Loopholes sits on the beach in Cassadaga, NY, a central gathering spot for the community and provides opportunities for all sorts of games and creative forms of play. At the opening event for Loopholes, beach lifeguards hid in the structures and let the kids try to pelt them with water balloons! The newly transformed space is perfect for continued public events and concerts. 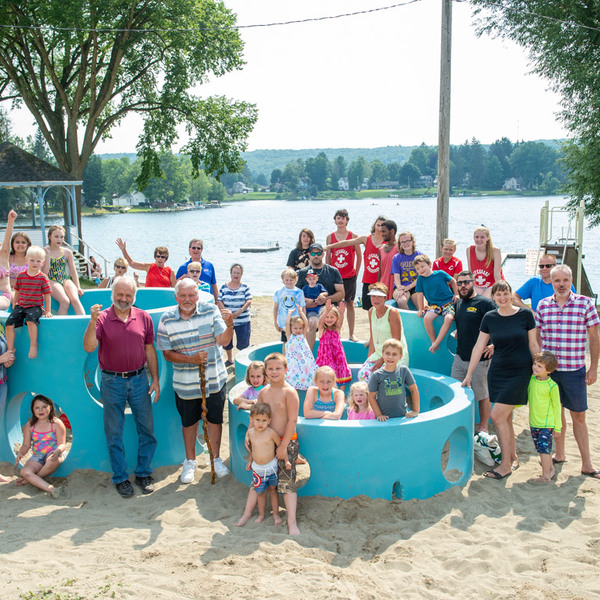 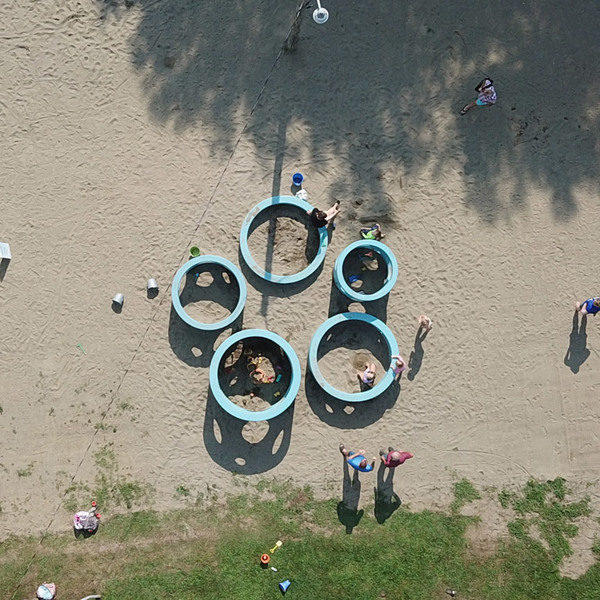 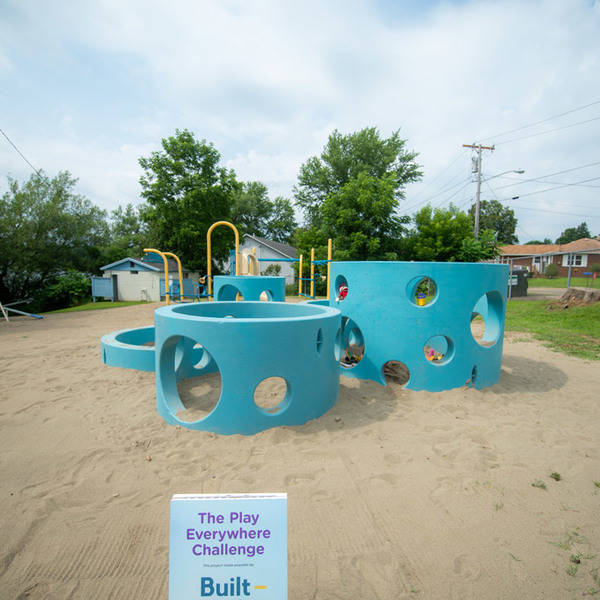 Board Play provides community members with playful and challenging board game-like activities along unused pathways in Providence, Rhode Island. 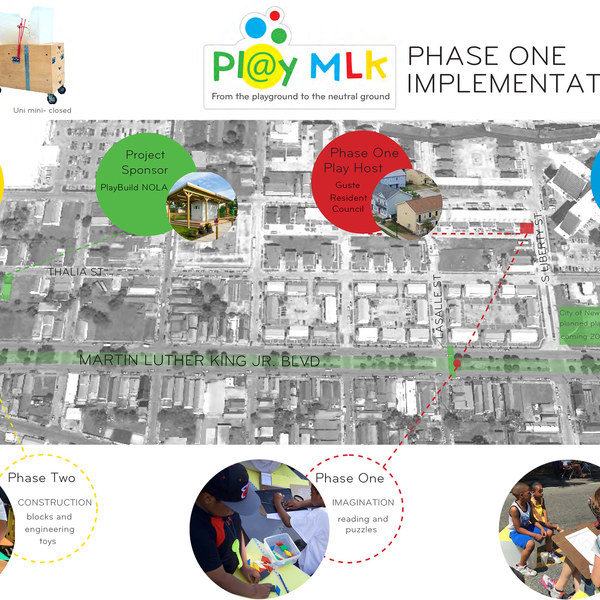 Kids living on and near Lancaster Ave in Philadelphia, Pennsylvania, now have safe spaces to gather, play, create and exercise.