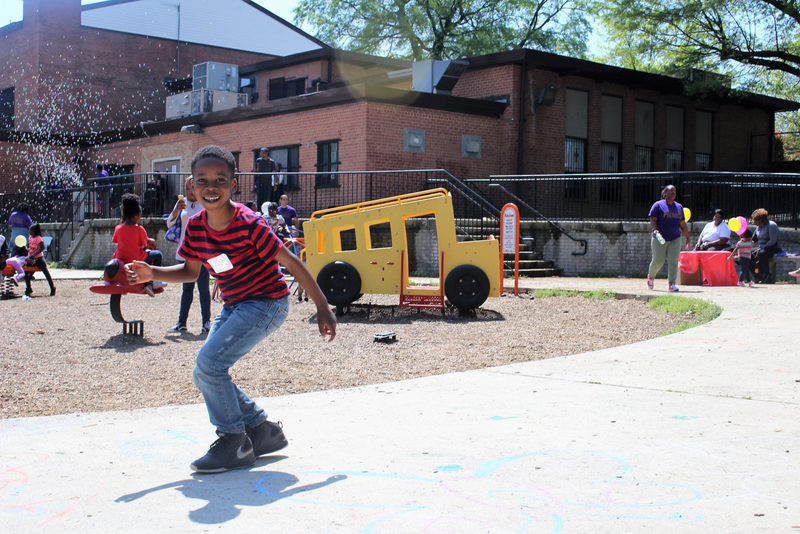 Together with Smithsonian's National Zoo, the DC Promise Neighborhood Initiative (DCPNI) transformed an isolated, low-income neighborhood into an animal-lovers paradise. Animal Tracks gives kids and adults alike the opportunity to learn about animals—what they look, feel and sound like—as they make their way to and from the Kenilworth Courts Community Center.

Located in Kenilworth-Parkside, the Center and its surrounding area had few safe spaces to play. Now, kids are invited to be active, curious, and creative. Sets of footprints around the neighborhood lead to engaging and interactive displays, featuring information about animals both exotic and indigenous to the area. Bright signs along the way to the installation invite kids and families to stomp like an elephant or hop like a bunny. Other signs encourage them to mimic the animal sounds coming from speakers, which are disguised as rocks. Interactive boards include questions and facts about the animals, giving kids the opportunity to actually touch animal skin, or use their imaginations.

To build excitement for this new "PLAYce" in Kenilworth-Parkside, DCPNI hosted a community day during spring break to launch the installation. Families participated in an afternoon of activities, tasty food and good-old-fashioned play. Several community members commented that they had never seen such active play for the local kids, despite the existence of a play structure next to the Center.

The location of the Animal Tracks allows for middle- and high-school aged youth to facilitate "play days" at the animal tracks. Witnessing younger community members using the space may invoke others to promote the importance of play to less traveled parts of the community. Supplementary outdoor supplies have been left at the Center to implement further "play days" at Animal Tracks in the future. 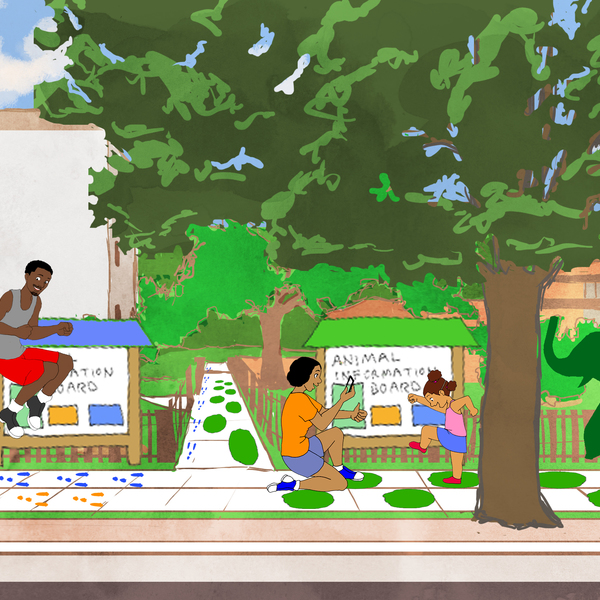 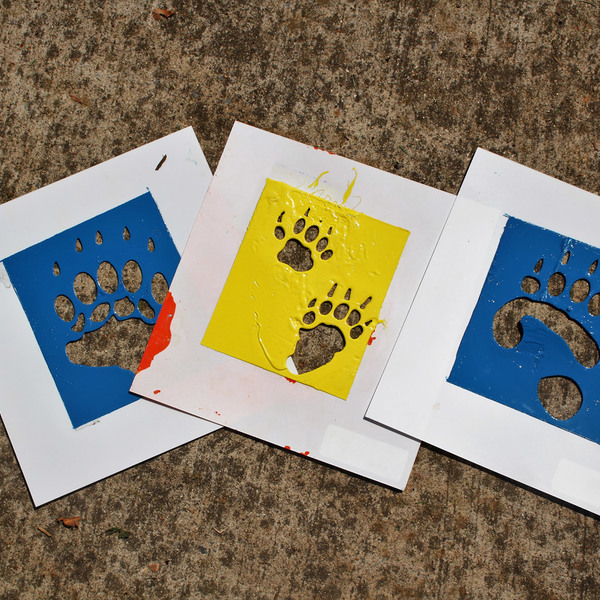 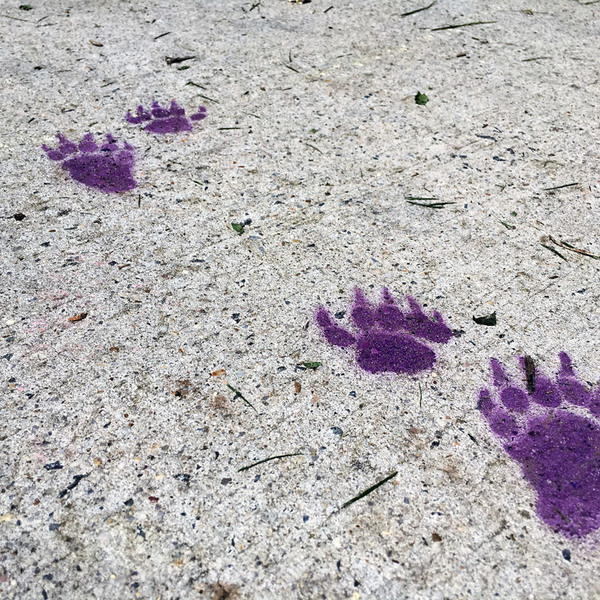 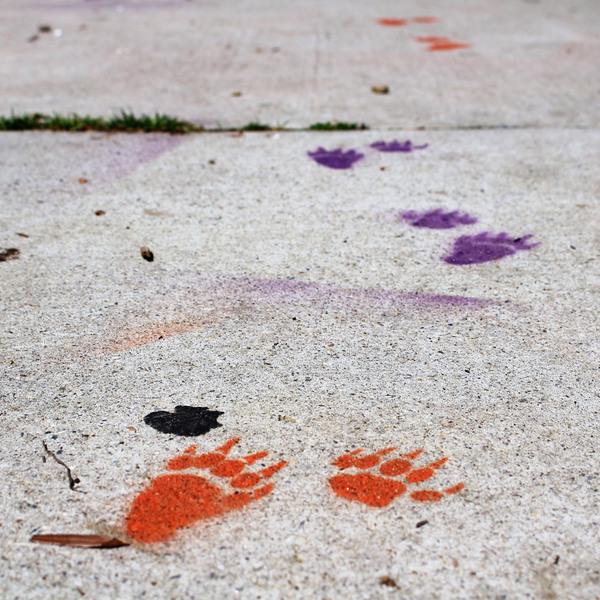 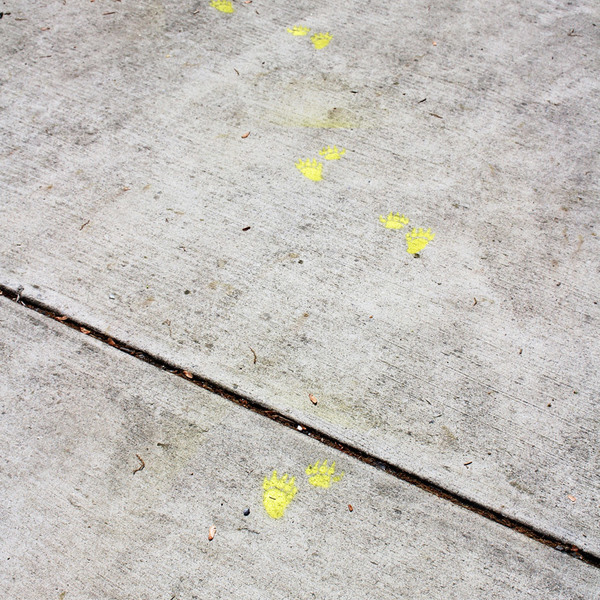 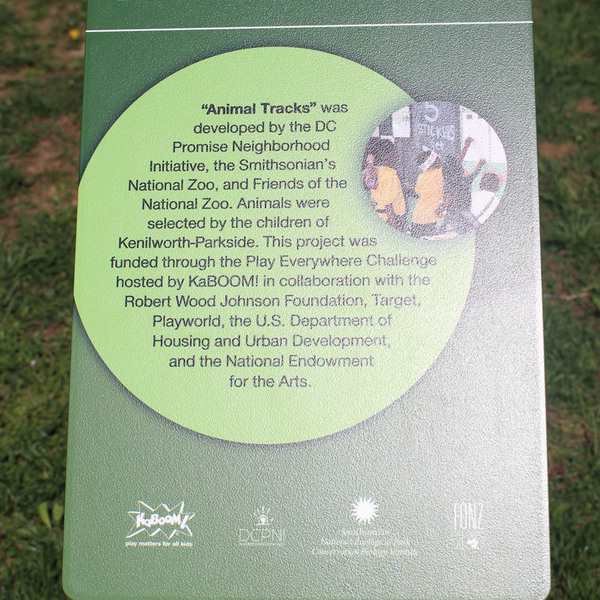 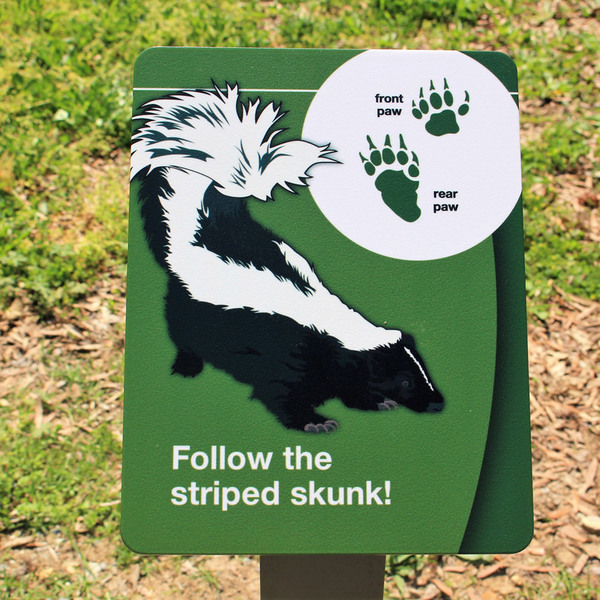 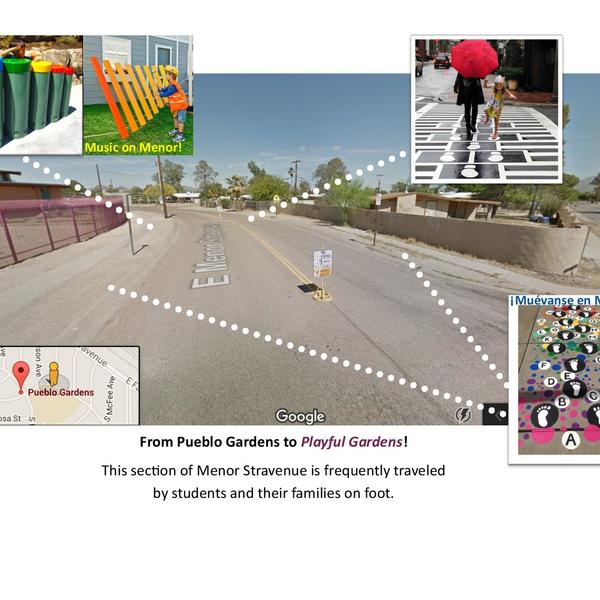 An interactive and vibrant corridor along Menor Stravenue in Tucson, Arizona, offers unifying and playful spaces in an otherwise barren and neglected corridor that many families traverse daily. 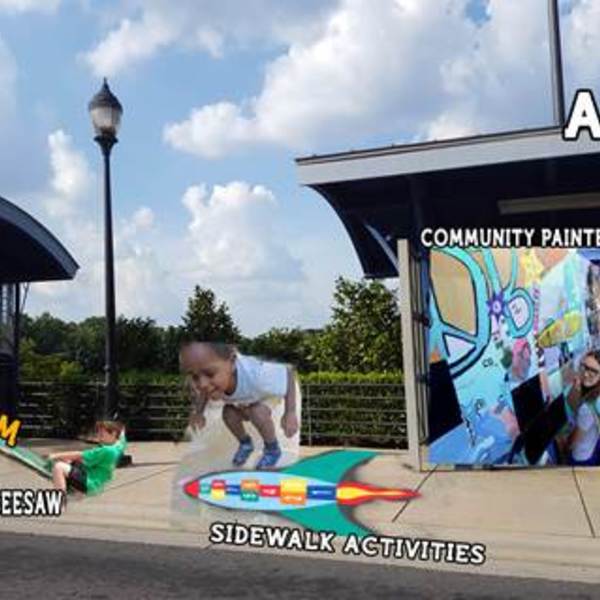 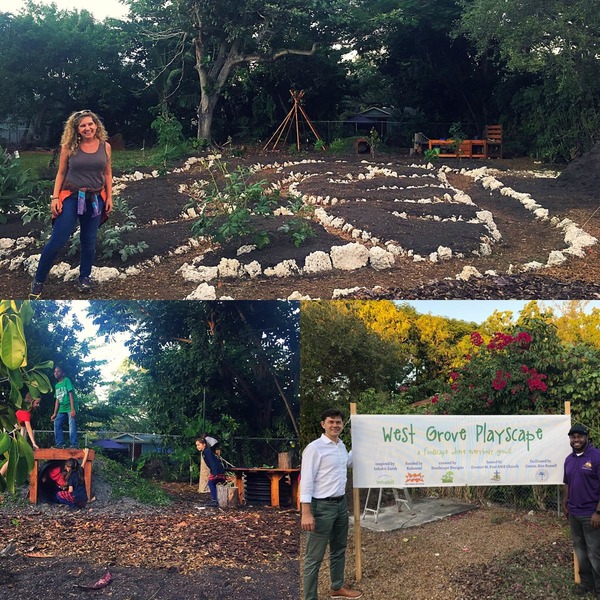 The Food Playscape projects offer a lush, nature-based oasis for families to play.