Learn about the ten projects chosen for their innovative ideas to make the Miami area more playful. 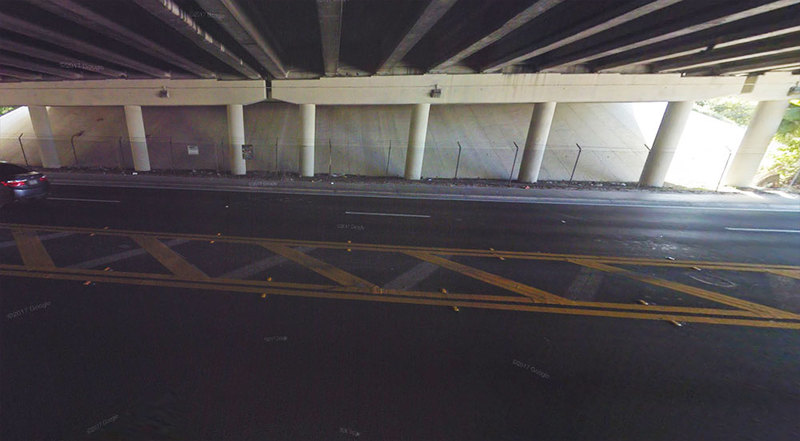 The Cambridge Innovation Center, along with The Miami Foundation will activate "20th Street Underpass," an underpass that provides people of all ages, especially kids, with safe access to school and other community amenities. The project will include the installation of murals, LED lighting, streetscaping and tactical way-finding signs, to transform the dark and desolate underpass into an activated public space, and will provide 575 kids annually with safe and playful routes. 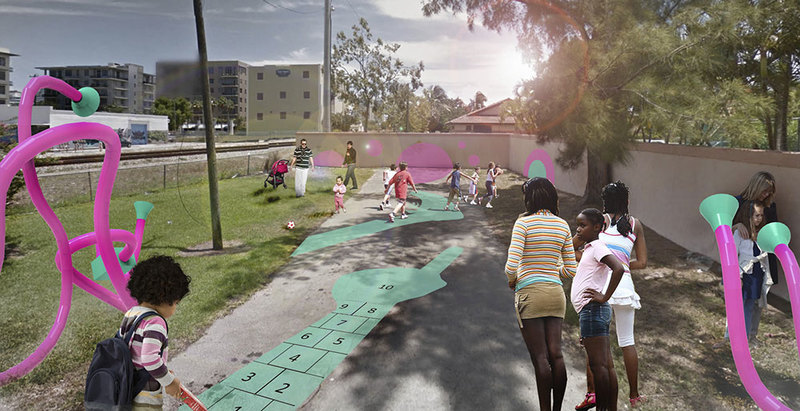 The Urban Conga, in partnership with the City of Fort Lauderdale will implement "Entangled," to transform public spaces in the Sistrunk residential community into interactive play hubs. The project will consist of painted play paths, interactive sound tubes that appear to be growing out of the ground and other playful activities that will serve around 2,000 kids per year 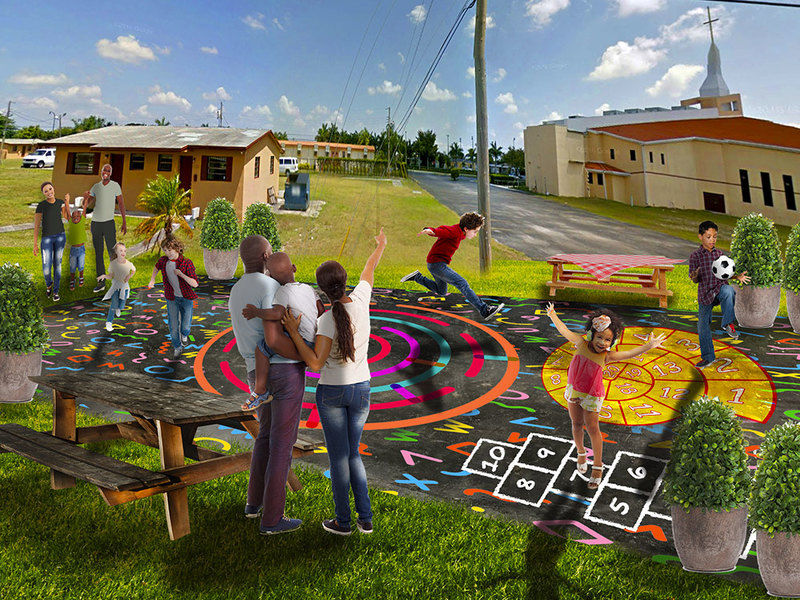 The Miami Children's Museum, along with Bethel Church, will create "The Family Play Space at Bethel Church," transforming an empty lot next to the church into a safe space where neighborhood families can play and gather. The playspace will include an area filled with colorful sidewalk games, landscaping and picnic tables to create an inviting space where families can come together and would serve about 750 kids annually. 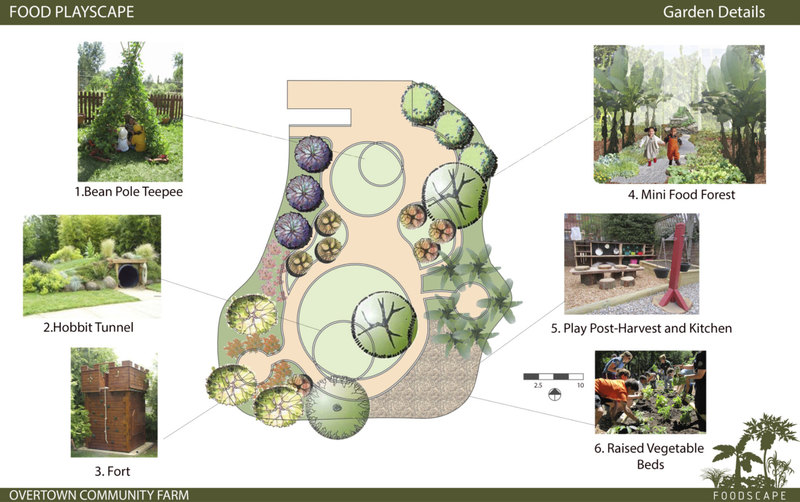 Earth Learning's project, "Food Playscape," will transform an empty lot in the West Coconut Grove community into a natural playscape that includes a kid-scaled miniature food forest, water play stations, kid-sized harvest kitchen, a hobbit tunnel and a fort. Earth Learning envisions that Food Playscape can be replicated in any challenged urban area where kids need healthy play options. This project would serve 550 kids a year. 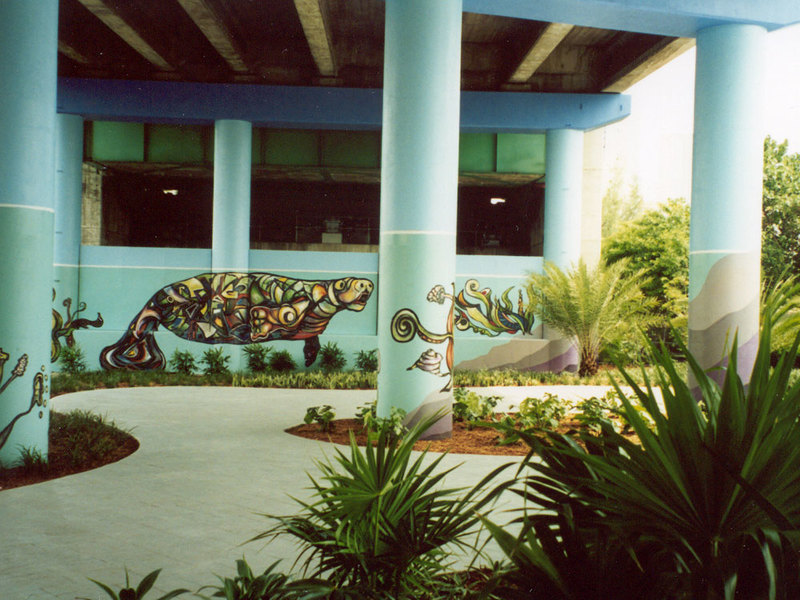 "The Miami River Commission and the City of Miami Parks and Recreation will develop "Little Havana Riverwalk Play Area," an installation of an interactive and environmental educational experience beneath the Flagler Bridge in the neighborhood of Little Havana. Features of the play area include educational signage and art related to marine life, storm water pollution, climate change, as well as a large spinning "Global Motion" – a playground component to symbolize earth and its ecosystem. This project would serve approximately 13,260 kids annually. 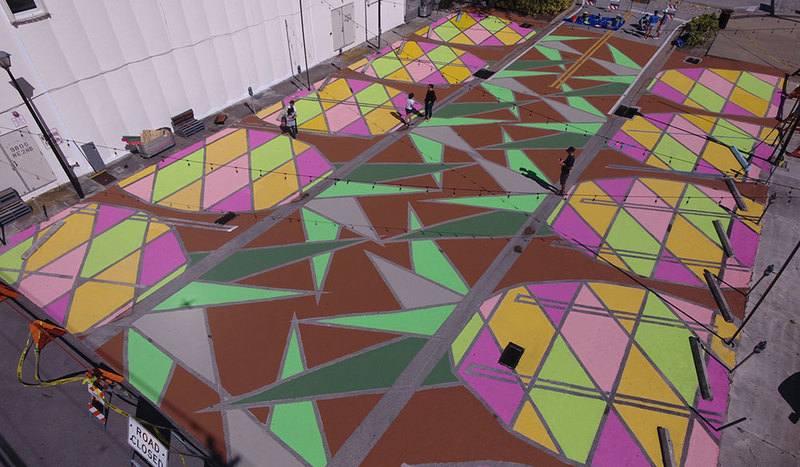 The Street Plans Collaborative Inc. along with the Miami-Dade County Transportation and Public Works will create "Miami-Dade Quickbuild Program," making it easy for kids and families around Miami-Dade County to bike, walk, run and play. Through the program, they will transform crosswalks, bus stops, way-finding signs and bike lanes. This project will also make it easier for communities to work within the city and lead creative projects on their own. These projects will be located all across Miami and will serve an estimated 10,000 kids a year. 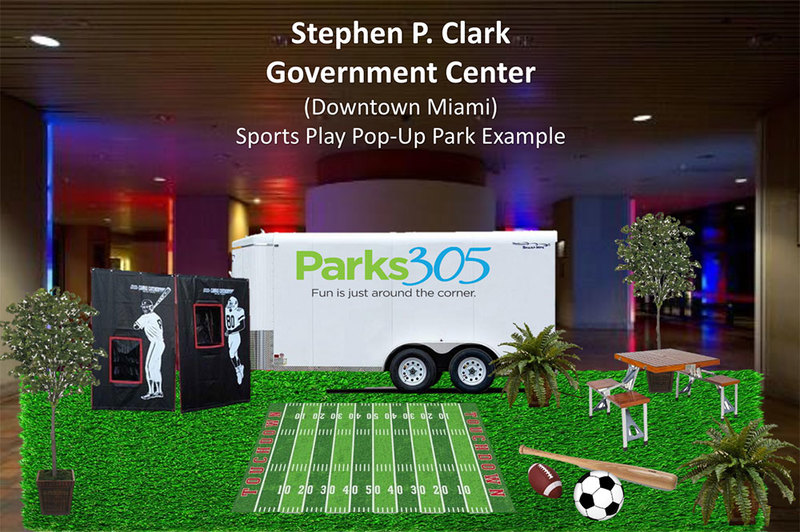 The Parks Foundation of Miami-Dade

Parks Foundation of Miami Dade, along with the Miami Parks and Recreation department will launch "Parks 305 Pop Up Park and Play Station," a mobile pop-up play trailer that will be strategically scheduled to appear in public spaces that do not provide an opportunity for recreational activity, such as libraries, public-transit stations and government buildings. Play amenities will vary from nature based loose parts, to high and low impact sports, along with self-directed unstructured construction/building play. These pop up parks are estimated to reach over 9,000 kids annually.

Young at Art Museum and the MILAGROS art collective will renovate its early childhood playground into "PlaySpace," an eye-popping space with interactive musical instruments, letters of the alphabet and creative play structures. In addition to serving kids and families who attend Young at Art Museum programs, the space will also be available to all visitors of the Broward County Library who also share the space, helping to serve more than 5,000 kids a year. 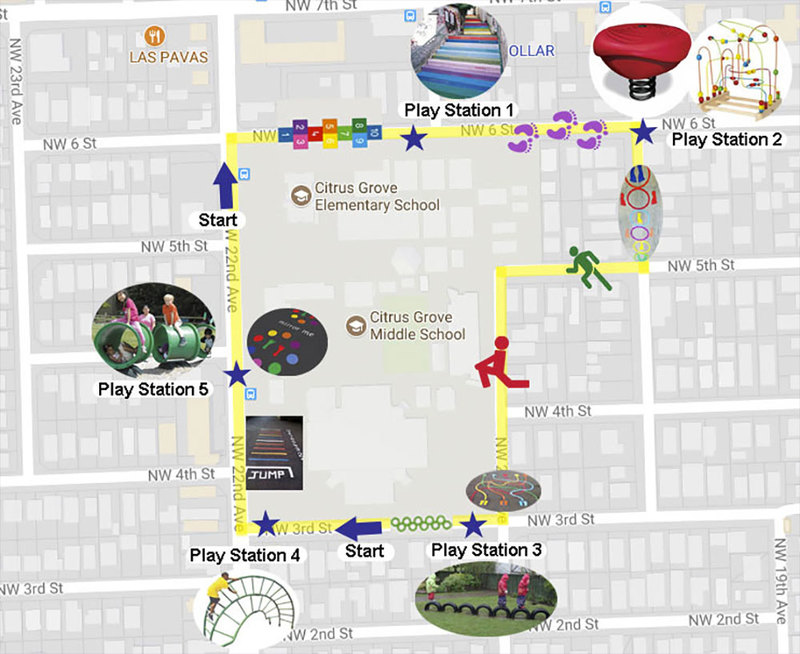 Urban Health Partnerships, in partnership with the City of Miami, will create the "¡Vamos a Jugar! Play Train," a permanent play path around two local schools in Little Havana with colorful stairs, a hop scotch path, tire balance beam, long jump and other play-activity based stations. The installation will provide easy opportunities to play and be active and encourage healthy behaviors for kids and families of Little Havana. This project would serve approximately 330 kids a year.