What sets a playground apart from the rest? Our Park-A-Day Challengers share their favorites.

As they continue their quest to visit as many parks and playgrounds as they can this summer, our Park-A-Day Challengers are becoming quite the playground experts. This week we asked them to share their favorite playgrounds, along with some thoughts about what sets them apart from the rest. 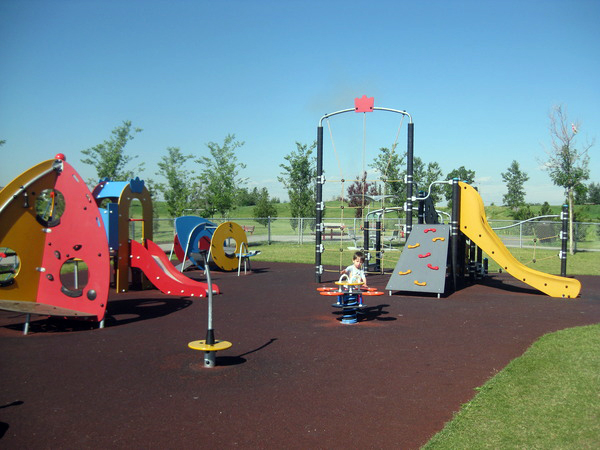 For the little ones: emeraldperil in Calgary, Canada says, "Gordie's favorite playground so far has definitely been the Valleyview Playground and Spray Park. It's great because the spray park and playground are right next to each other and inside a fenced area so it's really easy to give the little kids some safe freedom to explore the playground and spray park without needing someone right there next to them." 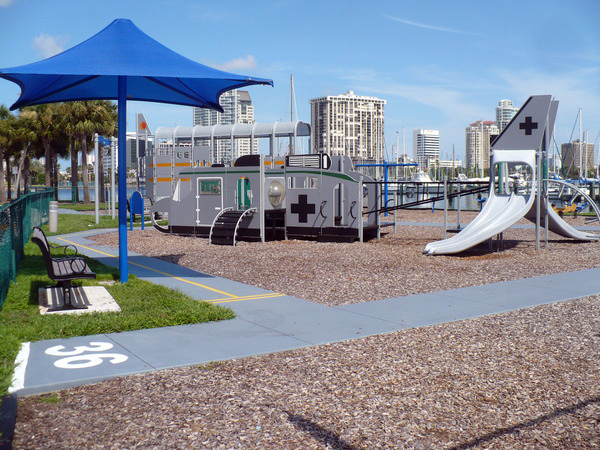 Themed playgrounds: floridamom says, "The Albert Whitted Airport Park in St Petersburg, Fla. has an aviation-themed playground. Although my favorite amenities are usually shade and restrooms (which this doesn't have), it definitely has the most enjoyable surroundings. One side has a marina and view of the St Petersburg Pier, the other side is a small airport with planes taking off and landing, and directly across the street is the newly renovated and spectacular Dali Museum." 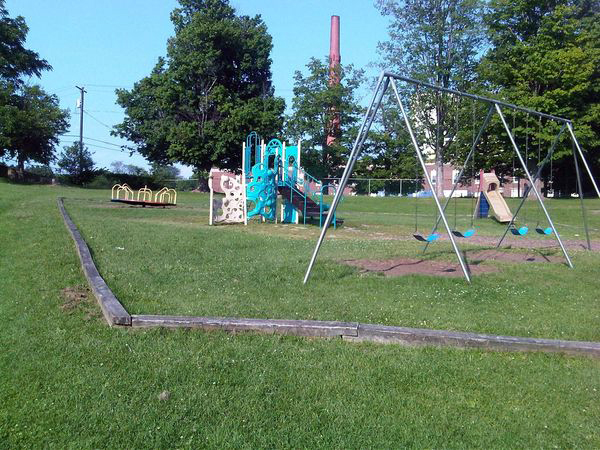 Playgrounds need other kids! sashametro in Troy, N.Y. made this insightful comment: "When I showed my daughter the entry for Beman Park, the playground near her day care, I mentioned that I had only given it three stars, and she was rather taken aback by that. She wanted to give it five stars. It's really a pretty middling kind of playground (which, sadly, makes it above average for Troy) but I think that the main reason she loves it so much is that she goes there with the other kids from her daycare pre-K class almost every day.

A playground can have the most amazing equipment in the world, but if the only other people there are Mom or Dad, it just won't be as exciting as a middling playground with a dozen or two other kids your age that you already know. It's one of the intangibles that is missing from the map of play -- and is really hard to measure (especially in an objective way) -- how many children are out on the playground actually using it? And how often do those kids visit: daily, weekly, or just occasionally?" 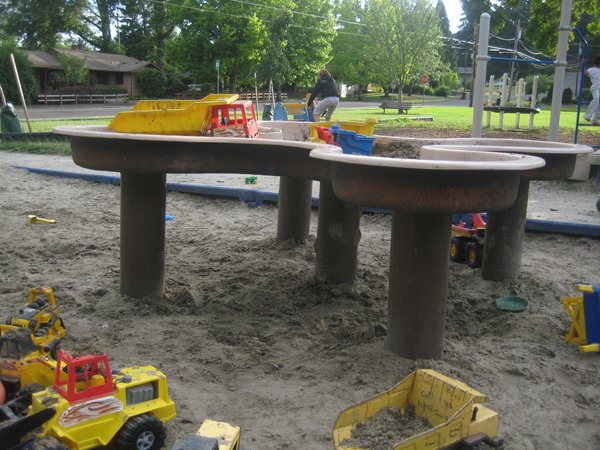 Tribute to sand play: bookdads in Corvallis, Ore. commented, "Tough call here. Probably between Cloverland Park (pictured above) and Willamette Park. Cloverland has the giant sand play area, or 'beach' as my daughter calls it, while Willamette has an awesome playscape perfect for little ones 2-5. They can maneuver around without needing parents to spot them on the equipment so they can challenge themselves and feel good about being able to show some independence." 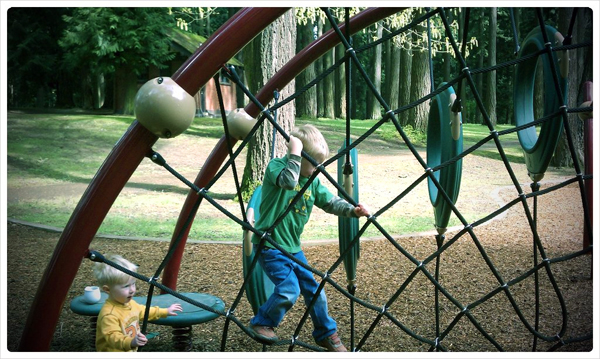 Playgrounds within biking distance: PortlandDad from -- you guessed it -- Portland, Ore. says, "My boys love Kenton Park in North Portland because we can bike there, they have a water play area for those hot days, cool play structures, and plenty of swings. In our quest to hit up every park in biking distance of our house we have stumbled on some gems like this new play structure in Pier Park (pictured above) in the North Portland Neighborhood of St. Johns. We followed paths through old growth trees and just kept finding cool things like a frisbee golf course, basketball courts, and picnic tables. Then we found this play structure deep in the park. It felt like we had mined a great treasure."

Tell us what makes your favorite playground special. Is it the equipment? Other amenities? The location? The other kids?