In his recent State of the Union address, President Obama made the case for expanding access to high-quality preschool opportunities, arguing that “in states that make it a priority to educate our youngest children… studies show students grow up more likely to read and do math at grade level, graduate high school, hold a job, form more stable families of their own.”

We know that already, but the question lingers: What does “high-quality” mean? Does a high-quality preschool look like this? 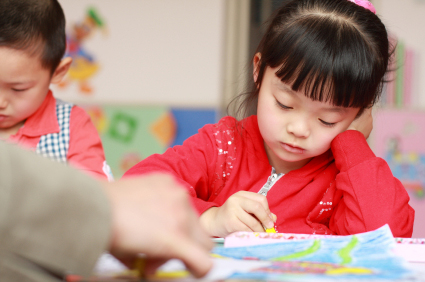 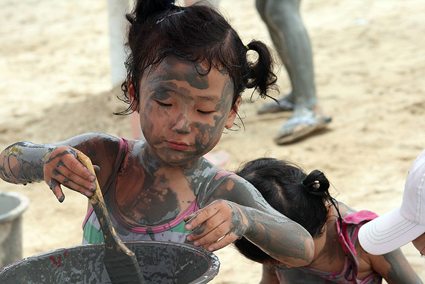 Manhattan mother Nicole Imprescia would likely argue the former—in 2011, she sued her child's preschool because, in her words, "The school proved to be not a school at all, but just one big playroom." Imprescia worried that all this play was ruining her tot's chances of getting into an Ivy League college.

Meanwhile, many early childhood educators emphatically believe that preschool should be one big playroom—and don’t forget about an adjoining outdoor playspace!  A recent study by Oregon State University found that the key social and behavioral skills that play develops -- such as paying attention and persisting with a task -- are better predictors of whether or not a child completes college than his or her academic abilities.

Educators like Nancy Carlsson Paige worry that policy mandates, like the Common Core state standards, are already squeezing play out of the preschool curriculum by “causing a pushdown of academic skills to 3, 4 and 5 year olds that used to be associated with first-graders through third-graders.”

A teacher in a Brooklyn kindergarten that has adopted the Common Core standards told The New York Post they are “causing a lot of anxiety.” After watching three different children break down sobbing in the course of one week, the teacher said, “Kindergarten should be happy and playful. It should be art and dancing and singing and learning how to take turns. Instead, it’s frustrating and disheartening.”

Washington Post guest columnist Deborah Kenny wonders if the problem is inherent in standards themselves or in how they are implemented. She points to one teacher who taught his kindergarteners “gravity, anatomy, speed, addition and subtraction, and measurement,” which are all included in the Common Core standards, by building a “life-size paper model of how humans would need to be designed in order to fly.”

Either way, Kenny argues that the “right curriculum for kindergarten” is, without a doubt, play. As we begin to invest more in “high-quality” early childhood education, let’s make sure that “quality” doesn’t mean filling out worksheets at a desk. We know that parents like Imprescia just want what’s best for their children. Let’s listen to the research and make sure that “quality” includes copious amounts of active, creative, sensory, and social play—in the mud and beyond.

What does a quality preschool mean to you?