Mark your calendars and set your TiVos... KaBOOM! will be featured on the NBC show Parks and Recreation on Oct. 22!

KaBOOM! was written into the episode as part of the Entertainment Industry Foundation's volunteer week (which is part of the iParticipate campaign), fitting into the ongoing storyline of the quest to turn an abandoned construction pit into a community park. 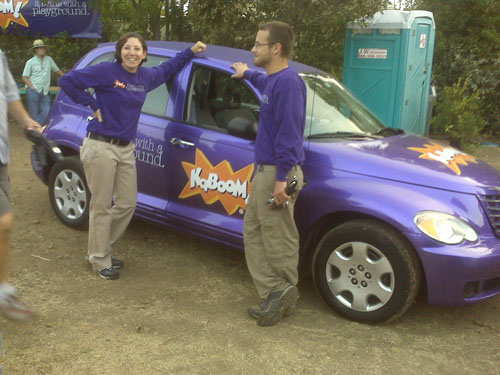 Real KaBOOM! project managers Jen DeMelo and Kenny Altenburg pose in front of the KaBOOM! PT Cruiser made for the show. (We don't really use those...but I wish we did!) 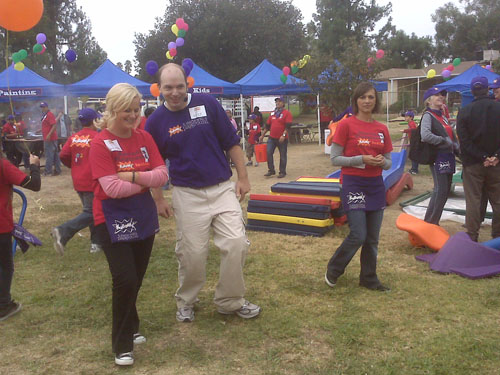 Paul Scheer as Project Manager "Keef Slertner" leads Amy Poehler as Leslie onto the playground site. (You may recognize Paul from any number of movies and TV shows, including VH1's "Best Week Ever.") 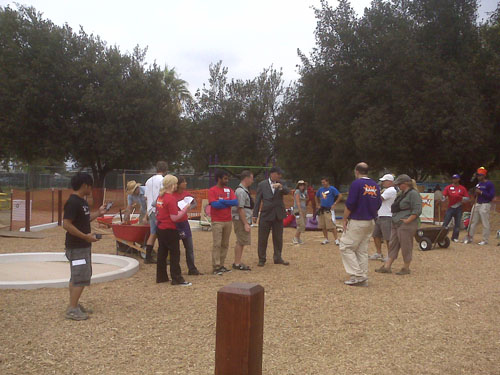 The actors pause between takes on the playground set. 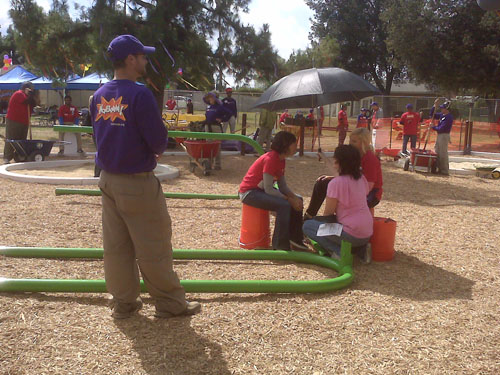