In November KaBOOM! launched its first guest blogging contest, asking parents to muse about their experiences with play. We received lots of entries, and while it was tough, managed to narrow it down. Over the next ten weeks we will be publishing the top ten, and we hope you enjoy reading them as much as we did! Congratulations to all of our winners. In 5th place is Michele Whitaker from Orange County, California… 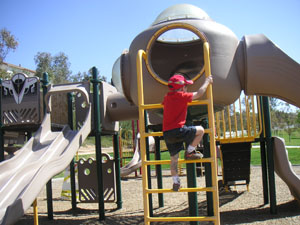 I am a community playground blogger and take my KaBOOM! Playmaker Pledge seriously. I know the value of play.

I don’t think laying blame does any good. I think we collectively need to do something about this play deficit and blaming takes away time from playing. Because, really, who has the power to change things?

Parents have the power to let their children play. If they don’t agree with a school policy, they can try to change it. If they don’t like playground rules, they can start asking questions and lead the charge. If they want merry-go-rounds and see-saws at playgrounds, parents can go to the City Council meetings or the Recreation Committee meetings and say: “Hey, I’m a parent and I want these experiences for my kids.” 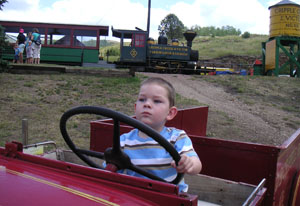 But a parent’s true power lies in a simple act: taking their child by the hand and walking with them to the local playground. Opening the door and heading to the backyard. Grabbing the remote control and using the OFF button once in a while, All of these simple acts will turn this deficit around.

I am sad when I see parental superpowers going to waste. Not long ago, I watched my 9-year old son trying to start a conversation with a new friend. That new friend couldn’t focus on his words. He couldn’t pay attention. In fact, he asked his mom if he could go to the car and grab his Nintendo DS rather than talk to my son. Guess what she did? I want to tell you that she said “no” and handed him a basketball. I want to tell you she said “no” and told him to go play.

Unfortunately, she gave him the keys.

Parents: use your superpowers to promote play! You have the power to change everything.