Should we ban teens from playgrounds? 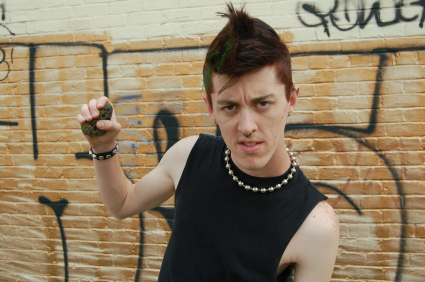 Teens have a bad rap, and it's not entirely unjustified. They have been known to be rowdy, use foul language, and sometimes vandalize property. That's why a council in Limerick County, Ireland, might start banning children over the age of 12 from using its playgrounds.

We understand the impulse, but does a ban on teens address the right question? Should we be asking how to get teens off the playground, or how to better engage them once they're there? Should we be punishing bad behavior or inviting good behavior?

We have long argued that playgrounds aren't only for kids. They should be multigenerational, multi-use community spaces, with play opportunities for everyone from toddlers to grandmas. That's why we've opposed bans on unaccompanied adults in the past.

Amenities to engage the big kids, like ping-pong tables or chessboard table tops, don't have to take up tons of space or cost buckets of money. But in making them available, playgrounds can potentially discourage loitering and other unsavory behavior while offering ways to exercise the body and mind. Might the teen pictured put down the rock if we gave him a ping-pong paddle instead?

Would you support a ban on teens at your local playground?