Should we ban children from dog parks?

We've written before about why we oppose banning unaccompanied adults from parks and playgrounds. Supporters argue that such bans help protect children against lurking pedophiles. We counter that these fears are overblown, and that playgrounds and parks should be multi-generational and multi-use.

Now, in Arlington County, Va., there's a proposal on the table to ban children from parks. That's right -- according to The Washington Post, "Kids under the age of eight would not be allowed in any of the county’s eight dog parks," and "children between eight and 14 would have to be supervised by an adult."

Beyond the fact that a 13-year-old should be perfectly capable of walking his or her dog unsupervised, the outright ban against kids under age eight has us scratching our heads. Says The Washington Post, "Officials told the paper the rule change was needed to protect children, although there have been no reports of kids being hurt in dog parks." (We hope that Arlington is also preparing to protect its kids against the zombie apocalypse.) 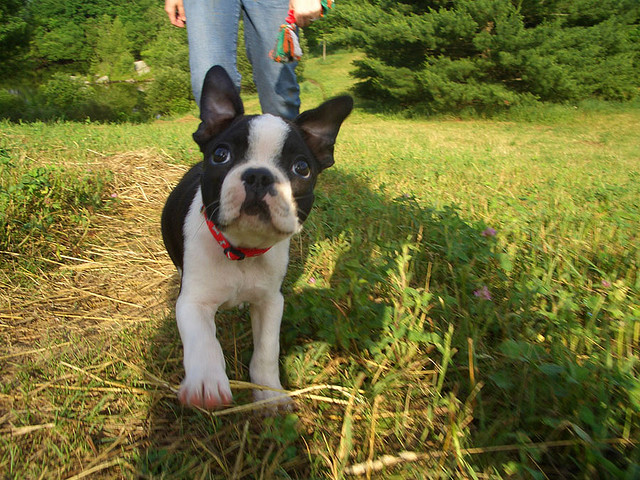 It's true: On rare occasions, dogs have been known to maim children in the past. According to the CDC, about 0.6 percent of children seek medical attention for dog bites each year. In over 75% of these cases, the offending dog belongs to a friend or family member.

Would you support a ban on children in dog parks?