What should you do when you see your neighbors' children playing outside? Why, you should call the police, of course. Or at least, that's what one neighbor did in Florida, according to our star playmaker Meg Rosker. Here, Meg shares the full story:

"Tonight the cops showed up at our house. This isn't something that has ever happened to our family, so I was surprised to find a police car in front of our home when I returned from a bike ride with our youngest son. I saw all the kids running around out front, so I knew no one was hurt or missing. My next thought was, 'What have they done?'

Our kids run pretty free up and down our quiet, beachy street. There are a few other families that live near by and the kids spend a lot of time outside riding bikes and running from yard to yard making up wild games of chase and 'capture the girls.'

I parked my bike and walked up to the front door, where my husband and the policeman were chatting. This is a very small place. We know all the policemen and they know us, but the most we have ever interacted is a friendly wave or a quick 'hello' as they pass by with their windows down, enjoying the tropical breezes.

It turns out our neighbor across the street had come over earlier in the afternoon to speak with my husband about the fact that one of our other neighbors (who also has kids) puts out a safety cone that says 'Children at Play' when the children are indeed 'at play.' The first neighbor, whose children are grown, complained that this cone was blocking traffic and shouldn't be sitting in front of his house. The cone is intended to slow traffic, but does not block it.

Since my husband apparently did not given him a satisfactory response regarding this issue, he called the police. He then proceeded to complain not only about the cone, but also about the way our kids are dirtying the street by kicking up gravel from the driveway.

The police just warned us to be careful and then left. There wasn't much more they could do, as we weren't breaking any laws. But there should be a law against being that grouchy."

Meg Rosker has been featured before in this blog for her great letter to the editor about the importance of play, her petition to reinstate recess in her school district, and the mention of her in The New York Times' article, "Effort to Restore Children's Play Gains Momentum." Take a look at her wonderful new blog, Let Children Play. 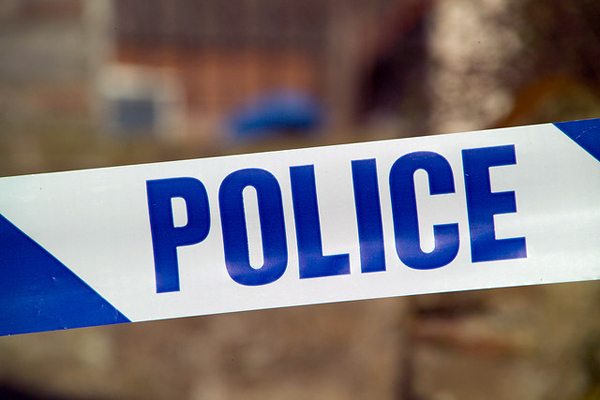 WATCH OUT! There are whiffle-ball-wielding criminals on the loose! Photo by Ian Britton (cc).

Help us ensure that ALL children get the space, time, and permission to play! Take action today at SavePlay.org.