The Wall Street Journal recently examined how cities are looking to reverse the trend of young families moving to the suburbs as their children get older. The article – "Cities Want Young Families to Play and Stay" by Anne Marie Chaker – does a wonderful job of illustrating how innovative communities are using play to attract and retain young families. Chaker discusses the role of the creative class in the growth of cities:

"About a decade ago, the so-called creative class of 20somethings fueled the revival of urban centers by settling in downtown areas mixing condos and coffee shops. Now, as millennials and other urbanites have children, their needs are changing. Cities want to hold on to them by becoming more "playable," for both children and adults." 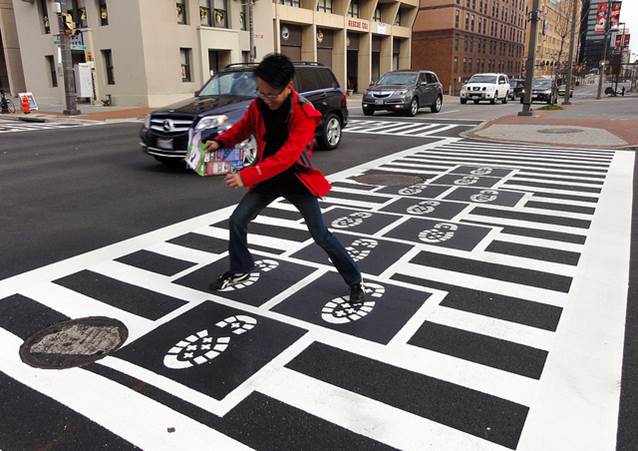 The article provides the statistics and reasons regarding the trend but also notes that there is hope for its reversal:

"As children age, families are less likely to live in cities; 42% of married couples whose youngest child is less than one year old live in city centers, according to an analysis of Census Bureau data by Joe Cortright, principal economist for Impresa Inc., a consulting firm based in Portland, Ore. That figure drops to 28% when the youngest reaches age 10.

The main culprits: concerns about safety, the lure of more space and the poor perception of urban schools, according to a 2008 report published by CEOs for Cities, a national network of over 600 urban leaders. But, the report adds, "cities are becoming more vibrant and livable."

At KaBOOM!, we couldn't agree more that play is the answer to retaining young families. So much so that we've coined a word to describe the extent to which a city makes it easy for all kids to get balanced and active play. We call this playability.

We understand for communities to thrive, they need to ensure that all of their residents are happy, healthy, and contributing to their community's overall vitality. One essential ingredient in the recipe is a renewed commitment to fostering family-friendly, kid-friendly environments that allow young people to get their bodies moving and their minds engaged no matter where they are. When cities make a commitment to playability, they are not just contributing to the wellness of their communities. They are strengthening the competiveness of their economies— sustainably, cost-effectively, and playfully.

"Cities have every reason to want professionals to stick around. As people age and have children, their value to communities grows, both in spending power and taxable income, says Candace Damon, vice chairman with HR&A Advisors, an urban-development consulting firm based in New York. Average income for householders from ages 35 to 44 is 28% higher than for those ages 25 to 34, according to Census Bureau data.

As people age and have children, Ms. Damon adds, they also tend to care more about their community. "People don't get civically engaged until they are relatively settled in their personal lives," she says. "They care about schools, they worry about potholes and the ambulance going too fast." If cities don't retain that 30-and-up demographic, "then you don't have people who are going to care and ensure they remain good places to live."

Kids and parents are calling out for play everywhere. People don't just want great parks and playgrounds; they want a complete reimagining of what our urban spaces and places look like—from sidewalks to bus stops and parking lots. KaBOOM! urges cities across the country to answer this call.

Congratulations to the cities of Chicago, Oklahoma City, Baltimore, and Phoenix for prioritizing play in their communities and being highlighted in the article. To find out what other cities are doing to become more playable visit playfulcityusa.org.

What is your city doing to create a more fun and playful environment? Share your comments below or join the conversation on social media using the hashtag #playability.