A windy day. Hard white sunlight. A lone swing creaking back and forth... Why are abandoned playgrounds so downright spooky?

Perhaps it's because a playground is much more than a collection of structures. A playground depends on playing children and a caring community to thrive. Empty playgrounds that have fallen into disrepair seem haunted by the ghosts of the children who once scrambled, screamed, and scurried around there.

We have scoured the web for photos of the world's spookiest playgrounds. The soundtrack from a scary movie of your choice will enhance the viewing experience: 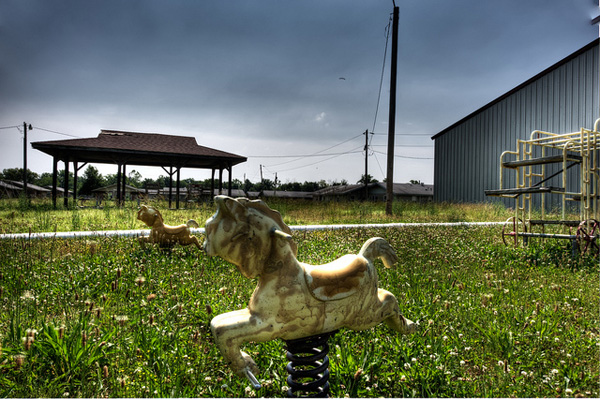 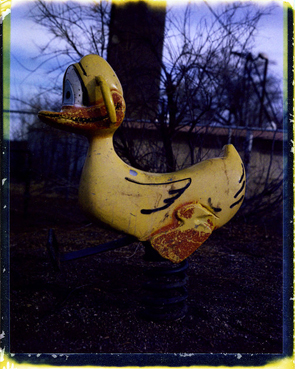 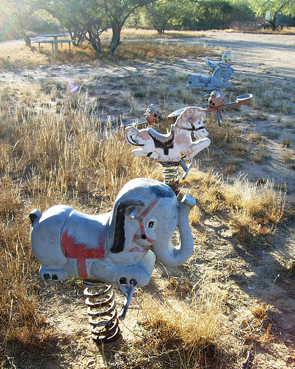 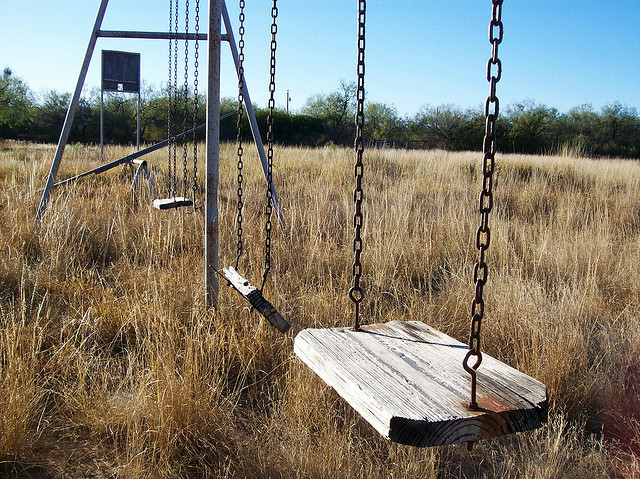 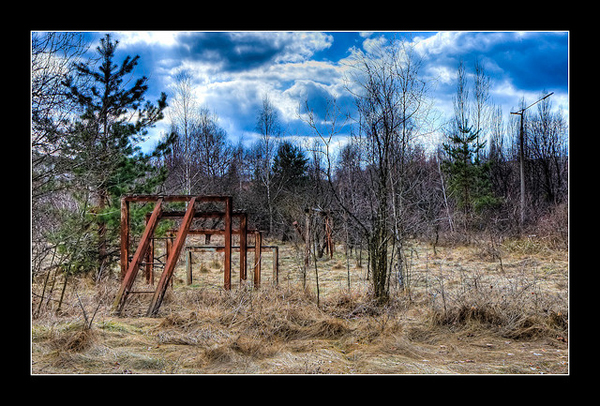 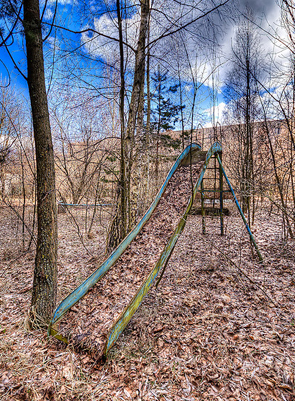 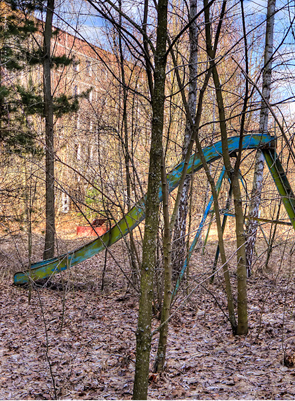 These photos depict the playground of a school in the ghost town of Pripyat near Chernobyl, Ukraine, where the world's worst nuclear accident occurred in 1986 at a nuclear power plant. Photos by Timm Seuss (cc). 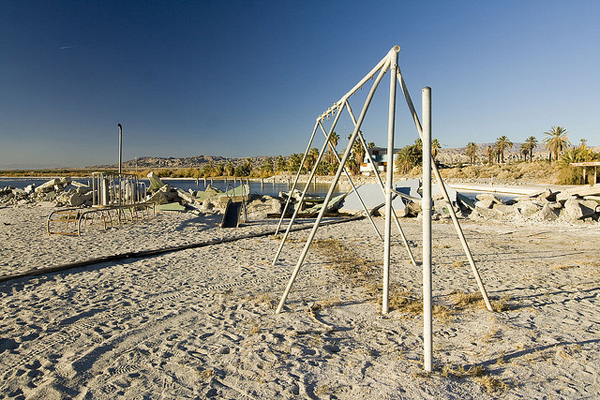 A playground at the deserted North Shore Yacht Club on the Salton Sea in California. Photo by thomas_sora (cc). 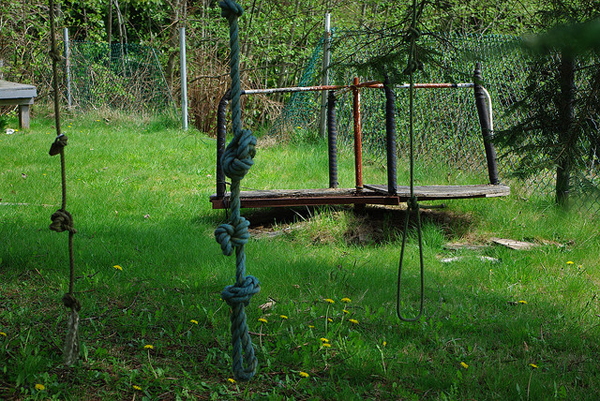 An abandoned playground in Belcarra, Vancouver, a village on a narrow peninsula that is accessible by a single winding paved road or by water. Photo by Kimli (cc). 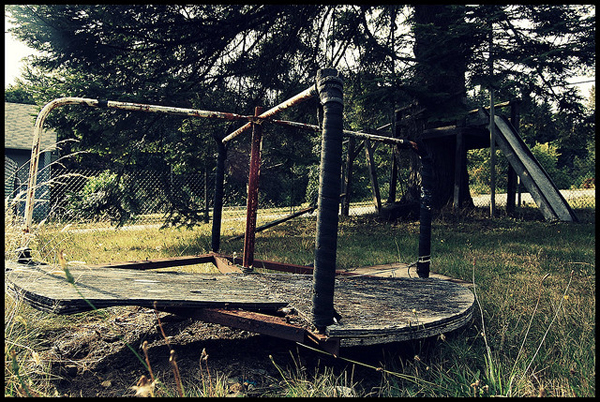 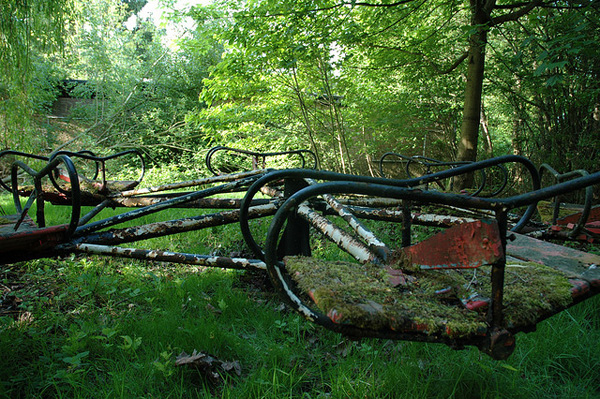 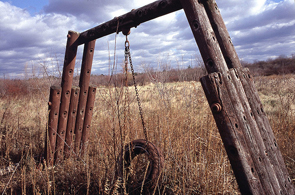 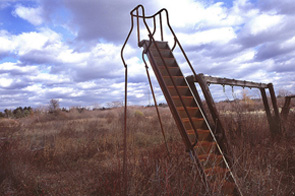 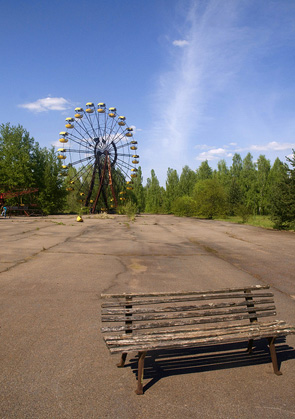 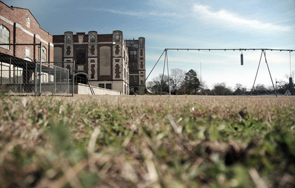 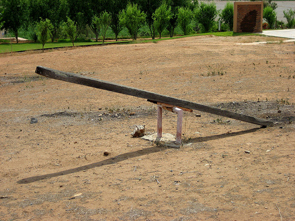 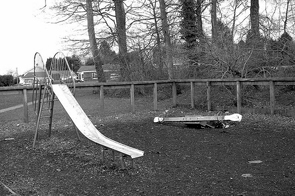 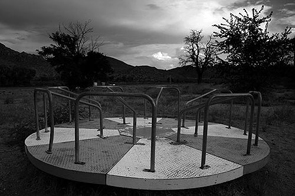 LEFT: Near Cardiff, Wales. Photo by I Am Sargant (cc). RIGHT: The playground at a school for Native Americans in the ghost town of Valentine, Ariz. Photo by Dawn Nakaya (cc). 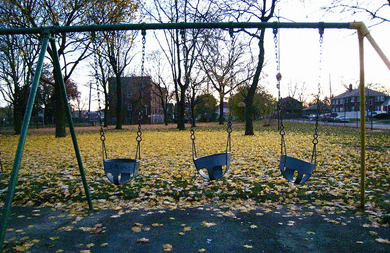 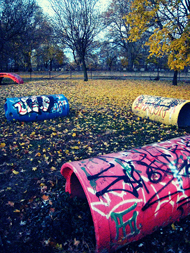 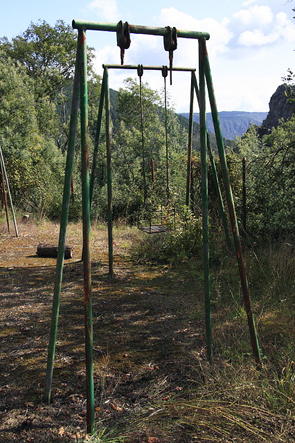 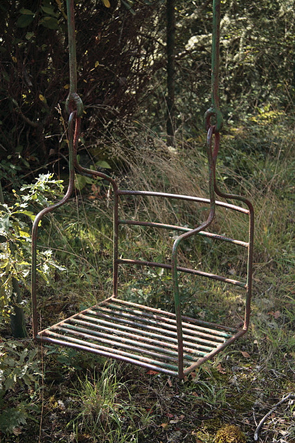 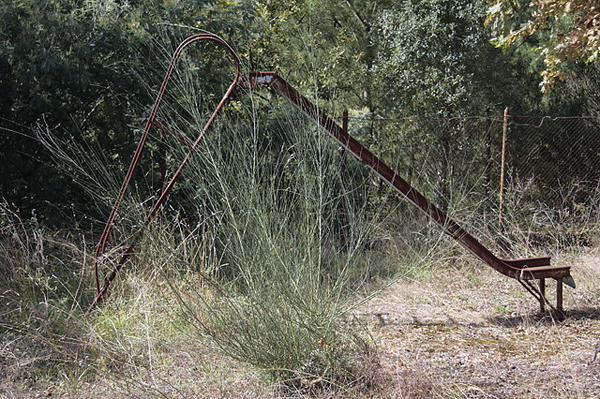 A playground in a deserted settlement in Galicia, Spain. Photo by Peter Pick (cc).