It’s a runway… no, it’s a bike path… no, it’s a skate park… no, it’s Berlin, Germany’s Tempelhof airport! Since May, the 950-acre swath of land outside of the closed-down airport has served as a huge public park, attracting just as many playing adults as playing children—if not more.

The often windy conditions and decisive lack of trees make the airport-turned-park an ideal location for kite fliers and kite surfers. Meanwhile, skaters and bikers coast down the runways and picnickers lounge on the surrounding grassy expanses.

Starting in 2013, Berlin plans to invest $48 million in the airstrip to house the 2017 International Garden Exhibition, meaning that most of it will be replanted and landscaped. Some residents wish the city would just leave the park alone, insisting that people are enjoying it as is.

That much is clear. Whether or not you agree with the planned renovations, it’s heartening to see Berliners young and old flocking to a shared outdoor space and playing away their afternoons: 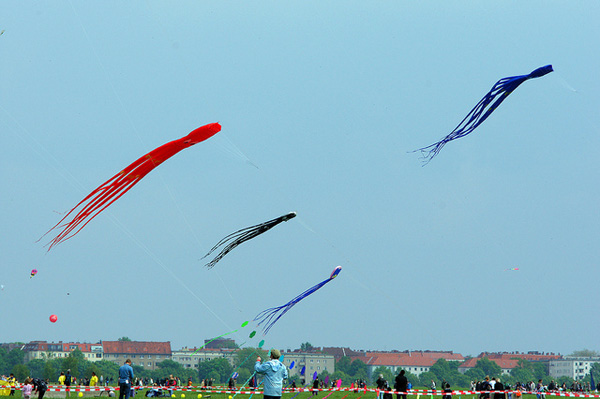 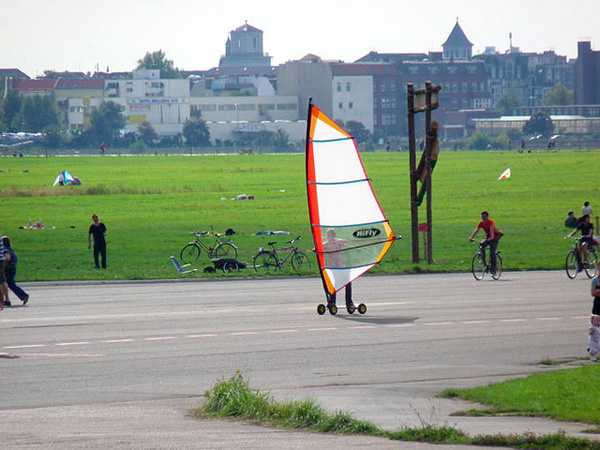 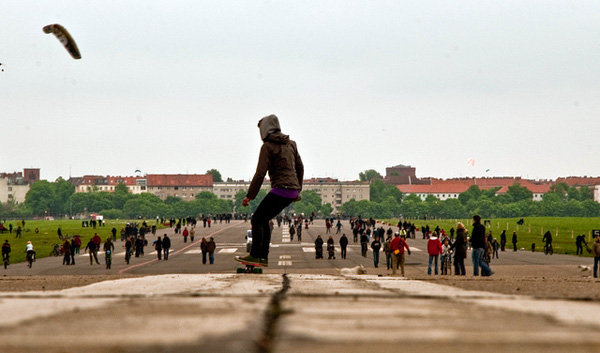 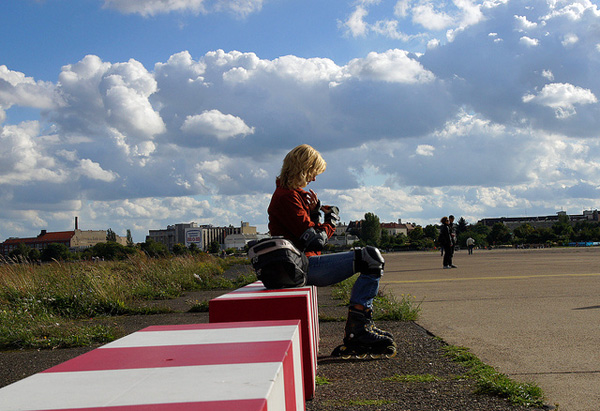 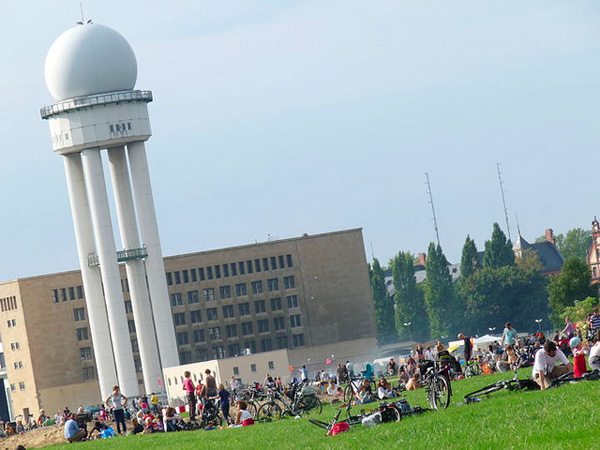 
Other posts on cool playgrounds in Berlin: