The Aspen Institute gets playful

The Aspen Ideas Festival, which just wrapped up on July 11, is a conversation-packed exploration of some of the most important ideas and pressing issues in the world today. It’s been called “inspiring,” “exciting,” and “electric,” but never “playful.”

That changed this year with the introduction of a new theme, “The Promise of Play” which explored how play fuels human creativity and is as basic a biological drive as sleeping and eating.

But few people realize that play is in peril. To help bring this issue to the forefront, the Aspen Institute invited top experts to discuss the importance of play and how to bring it back into our children’s lives. The panel included our very own CEO, Darell Hammond, as well as these other notable play advocates:

Here’s Darell in action, moderating "Why is PLAY Important: Crusade for Health" with speaker Ezekiel Emanuel, chair of the Department of Bioethics at the National Institutes of Health: 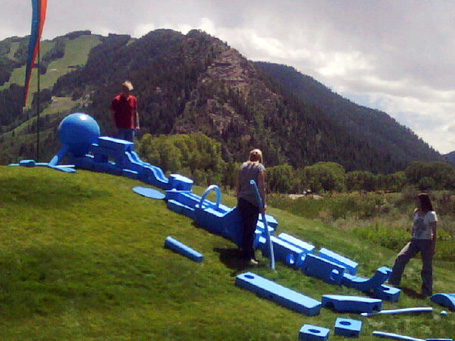