Anatomy of a Swing Park

About a year ago, I saw an article about musical, light-weight swings at a bus stop in Montreal. Fascinated, I began researching and stumbled upon a few other swing projects like the Water-Fall Swing by Dash 7 and the Red Swing Project. After learning about the other projects, I was inspired to create something similar in Dallas that brought back childhood memories and was affordable. 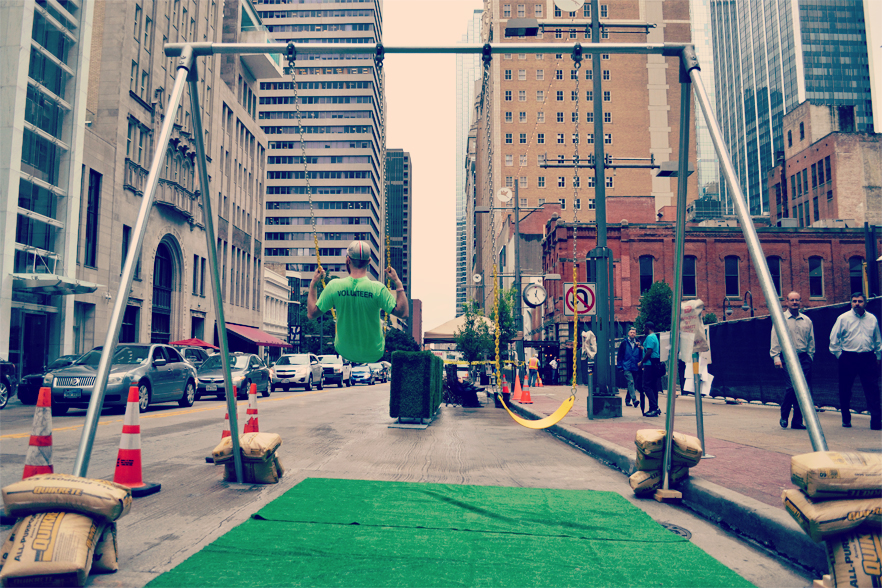 In June, I came across the HOLSTEE Fellowship while reading articles on GOOD. HOLSTEE, the folks who wrote the "Go Live Your Life" Manifesto, were giving away monthly $1,000 grants to individuals to seed their dream project. I entered the mobile "Swing Park" - a pop-up swing set to transform a parking lot into a park.

I made a 60-second video, and was selected to compete for the public vote on Facebook. People in Dallas helped me campaign from July 1–10 and I won! In August, I received the grant and began to build.

Initially, I wanted to use reclaimed wood to build big, elegant two-person swings inspired by visual artist Ann Hamilton's "The Event of a Thread," a large-scale art installation in New York City. But function quickly trumped form since the swing was going to be outside and had to be mobile. Instead of a wood frame, I decided to use a metal one and made it detachable.

I bought most of the materials on a playground equipment website SwingSetMall.com, and purchased the metal poles and sandbags at The Home Depot, spending a total of $975.37 of the $1,000 HOLSTEE grant.

Here are the materials I used:

The Swing Park debuted at this year’s PARK(ing) Day celebration in Dallas. PARK(ing) Day is a global event where citizens reclaim a parking space and transform it into a mini park to promote people-friendly streets and the importance of public spaces. Parks range from yoga classes to pet adoption areas to book giveaways to lounges.

I spent about three hours pre-assembling the swing structure. On PARK(ing) Day, it took twenty minutes to unload it and set it up.

I’m happy to report a few people have contacted me about creating their own Swing Parks. In Dallas, I’m continuing to pop-up the Swing Park around town at different events and eventually want to transition it to a more permanent venue.

My hope is that Swing Parks become a new way to create mini play areas in neglected urban environments like empty parking lots and bus stops, desolate underpasses, dead plazas, or other overlooked city corners that could use a bit of whimsy and fun and serve as a place for people to come together. 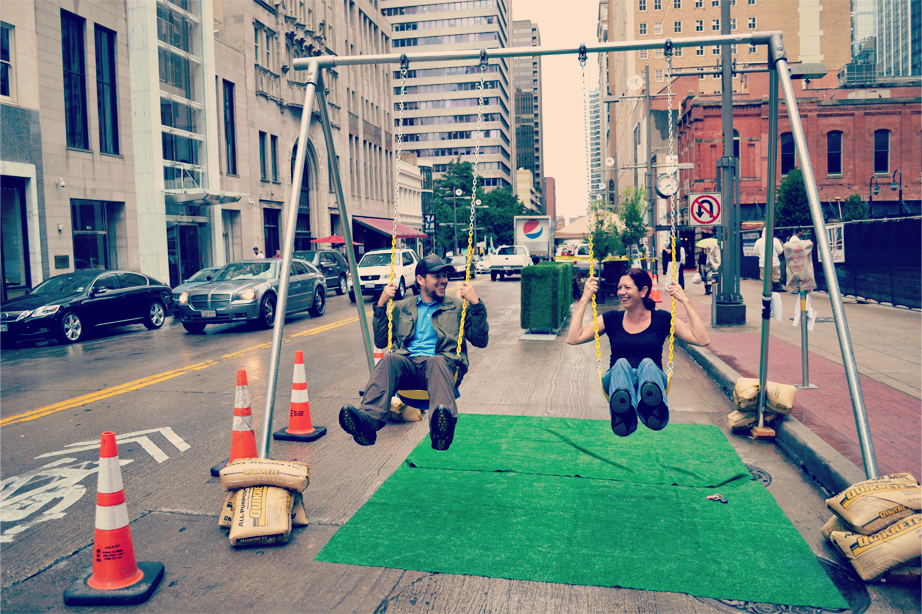 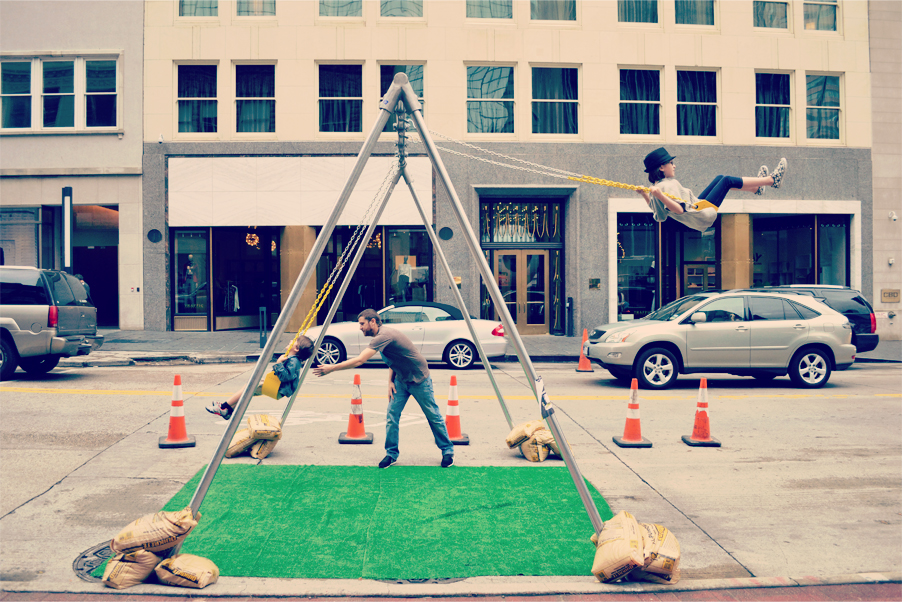 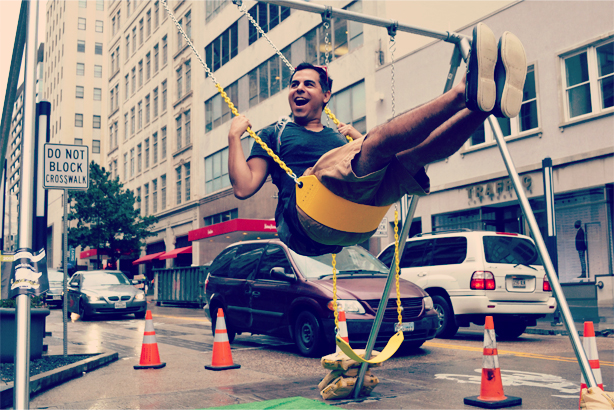