...All the parks are so boring!

In November KaBOOM! launched its first guest blogging contest, asking parents to muse about their experiences with play. We received lots of entries, and while it was tough, managed to narrow it down. Over the next ten weeks we will be publishing the top ten, and we hope you enjoy reading them as much as we did! Congratulations to all of our winners. In 8th place is Robert Rice…

It was an average afternoon at the Rice family household a few months ago. The weather was warm outside, and we were all just mulling about the house. “I’m bored,” came the first complaint from my youngest son. “There’s nothing to do,” his older brother agreed. Being the problem-solving father that I am, I gave them what I thought was the perfect solution and told them both: “Let’s go to a park!” 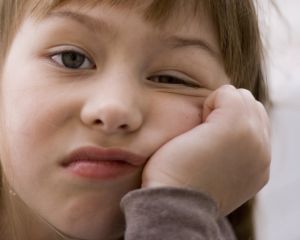 I was pretty proud of my quick thinking, and was ready to bask in the loving accolades of my children when I was immediately slapped in the face with the response, “…but all the parks are so boring!” I would have none of this negativity and I told them to get their shoes on, we were going out to play. They groaned and grudgingly complied, but they remained persistent in their complaints:

“The parks are no fun”

“There’s nothing interesting about them”

“Every playground is the same”

Now I could have remained the firm paterfamilias, but I really want them to have fun and to be excited about getting outside to play. Let’s be honest, what child doesn’t love to play at the playground, right? So I offered my boys a deal, “I will take you to as many parks as it takes until we find one that is really fun.” I really should have thought my offer out a little more.

We were at the local park in a flash. “Look how great this playground is,” I said with an air of naïveté. According to my adult mind it had everything a kid could want: swings, a slide, some monkey bars and pole or two. What’s not to love?  And look at the pretty colors too! Again, I marveled at my own brilliance and prepared to sit down in victory and read my book while the kids played. Then I heard, “This park is boring!”

“Now wait a minute,” I said. “There are swings, a slide, and all types of things to play on.” I stood now pleading my case, but my two young Supreme Court justices were not buying my argument. “That doesn’t mean its fun,” my oldest said. “We want to go to another park”.

We visited five more parks, driving miles between them. My sons went out to inspect the park while I consulted the maps on my iPhone to find the next one. At each successive park I began noticing some reoccurring patterns. They all had the same playground pieces and seemed to follow the same generic formula. I found that I couldn’t disagree with my kids’ assertion that “The parks are no fun.”

We pulled into the seventh park and at this point I was a broken man. But something was different about this one. My kids did something that they didn’t do at all the previous parks; they ran excitedly towards the playground. I caught a glimpse of the playground myself, and began running right behind them. 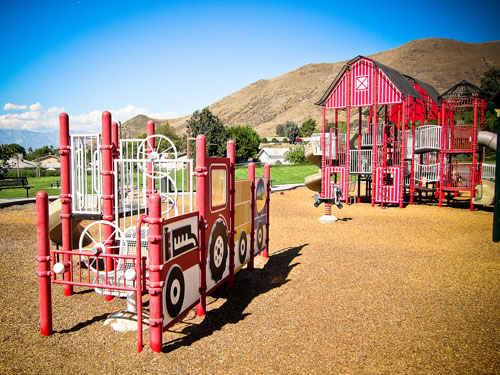 I was in awe. Here was a playground that didn’t follow the same formula that we had been trudging through all day. The entire playground was designed to look like we were in the Old West. There was a three-story barnyard, a general store and even a sprinkling of rocking horses to add to the theme. My kids were playing on the structures, but were also playing with their imaginations. They were wrangling cattle, protecting the barn from the Indian invasion (I know it’s not “PC”, but they’re kids), and I was inspired to jump right in along with them and play too.

We stayed at the park playing for the rest of the afternoon. When we were leaving my younger son said, “I really wish all playgrounds were like that.” I asked him why and he replied with something profound: “Because it didn’t feel like a playground, it was just fun.”