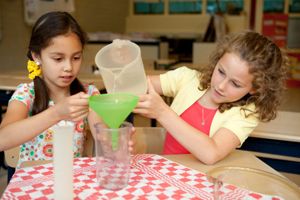 Summer may be over, but that doesn't mean kids should stop playing. Play builds active minds as much as it builds active bodies, and by playing together, children gain social competence that is vital to their development and growth. In short, play helps to build the 21st-century skills that children will need to thrive in the workplace and to navigate our complex, ever-changing world.

These five studies illuminate just how integral play is to children's learning, achievement, and success:

How has play helped your child learn?

As a critical driver of positive educational outcomes for kids, play will be a topic of discussion with Education Secretary Arne Duncan and Aspen Institute CEO, Walter Isaacson, at the inaugural Playful City USA Leaders’ Summit later this month in Baltimore. Learn more.