KaBOOM! – the national non-profit dedicated to giving all kids the childhood they deserve filled with balanced and active play – continues to support the revitalization of the Gulf 10 years after the devastation of Hurricane Katrina. As part of its commitment to bring play back to the area, the organization will be in New Orleans August 24-28 for “Katrina 10” anniversary week events, to share stories of impact, inspire hope for the future of the Gulf region, and to build two new play spaces with full playgrounds for the community. A downloadable media kit, photos, and these original stories of resilience can be found here: kaboom.org/operation_playground/pr.

Since 2005, KaBOOM! and its partners have invested $27.1 million, built 194 play spaces across the region that continue to serve close to 300,000 kids, and they have worked closely with Mayor Mitch Landrieu to help bring joy and togetherness back to New Orleans. Volunteers, partners and community partners, including those below, have helped KaBOOM! realize their goal of putting kids first.

Ginny Reynolds
The Spark that Initiated KaBOOM! and its involvement in the gulf

Ginny Reynolds was born and raised in Bay St. Louis, a tiny town on the Gulf of Mexico about 20 miles west of Gulfport, Mississippi. When Katrina hit, she was living in Connecticut, but she had vivid memories of an earlier storm, Hurricane Camille, which battered Bay St. Louis back in 1969, when Ginny was just 9 years old.  Ginny stated, “Unless you’ve lived through a catastrophic CAT 5 storm, it’s hard to imagine how upended everything is. KaBOOM! was able to understand the community’s needs and make progress happen.” 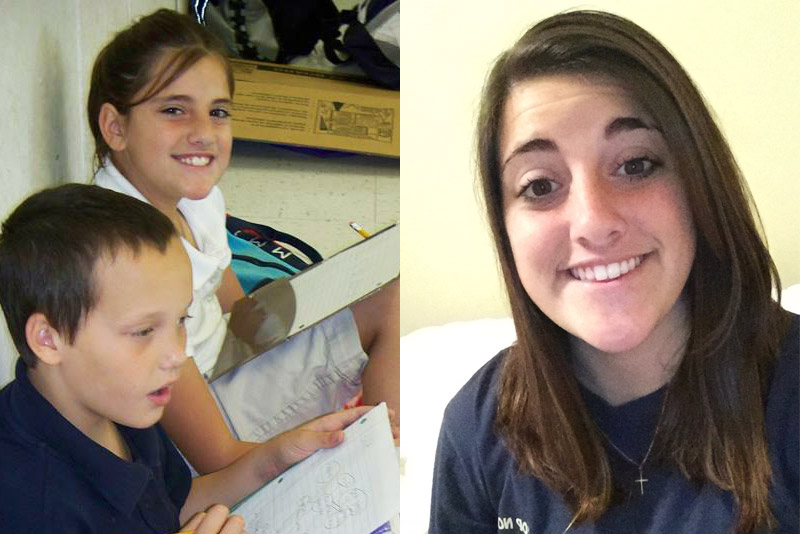 Hollie Kosbab was five years old and living in Mississippi when Hurricane Katrina hit.  “Honestly, I just wanted to play tag with my friends and play on the swing set after the hurricane hit but there was nowhere to do that. Nowhere to have fun and be a kid,” said Hollie. “KaBOOM! came in and changed that. Even thought the storm was fresh in our minds, I felt like we were able to be kids again.” 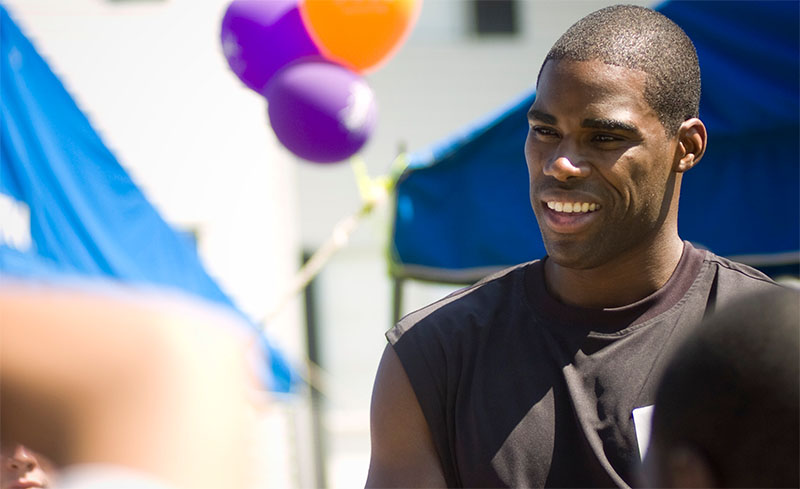 "I can't believe it's been 10 years since Katrina and 7 years since I built my first playground with KaBOOM!,” said Antawn. “As we worked to put the playground together piece by piece, I was reminded that it was on a playground that I remember meeting my first friends and began to love the game that would change my life. That day I knew I'd found my charitable calling - to build playgrounds and inspire as many kids as possible to play outside no matter what." 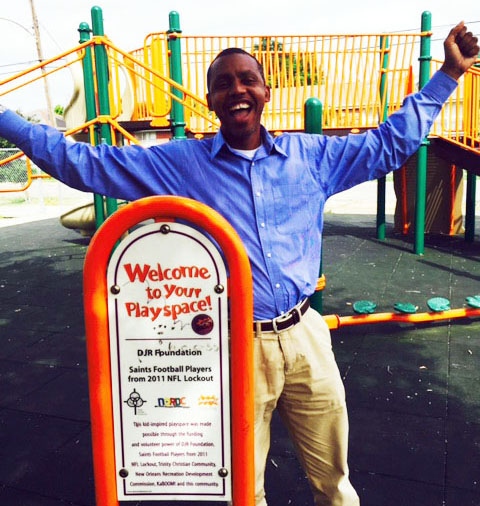 “KaBOOM! has helped change the tide of New Orleans and has played a huge role in the revitalization,” said Jarvain. “I’ve been on several KaBOOM! builds and experienced first-hand the power building playgrounds has on not just kids, but the entire community.”

To speak with these individuals or members of KaBOOM!, and learn more about the vital role of play in communities, visit the Katrina 10 media and information center at the New Orleans Sheraton Hotel ( 500 Canal St, New Orleans, LA). KaBOOM! will be sharing stories about putting kids first in more than 170 communities devastated by the storm, and you can follow along with the conversation at https://twitter.com/kaboom. For more information on KaBOOM! and its Katrina 10th anniversary efforts, visit: kaboom.org/operation_playground/pr, or call Erin Curtis at 414.839.4086 or email ecurtis@mfaltd.com.

About KaBOOM!
KaBOOM! is the national non-profit dedicated to giving all kids – especially those living in poverty – the childhood they deserve through great, safe places to play. KaBOOM! inspires communities to make play the easy choice and works to drive the national discussion about the importance of PLAYces. KaBOOM! has collaborated with partners to build or improve more than 17,000 playspaces, engage over 1.5 million volunteers and serve nearly 10 million kids. To learn why play matters for all kids, visit kaboom.org and join the conversation at twitter.com/kaboom, facebook.com/kaboom, and instagram.com/kaboom. #playmatters #PLAYceforKids