Fields of dreams are great, but innovate and they will come. That is the message that KaBOOM! CEO James Siegal will deliver when he takes the stage at the 2016 Project Play Summit on May 17 at the Newseum's Knight Conference Center.

Hosted by the Aspen Institute's Sports & Society Program, the 2016 Project Play Summit is the nation's premier gathering at the intersection of youth, health and sports. Over 350 thought leaders will join Siegal at the all-day event to take measure of the collective progress made in the past year, learn through session dialogues, and celebrate the announcement of new initiatives that will increase access to early positive sports experiences. 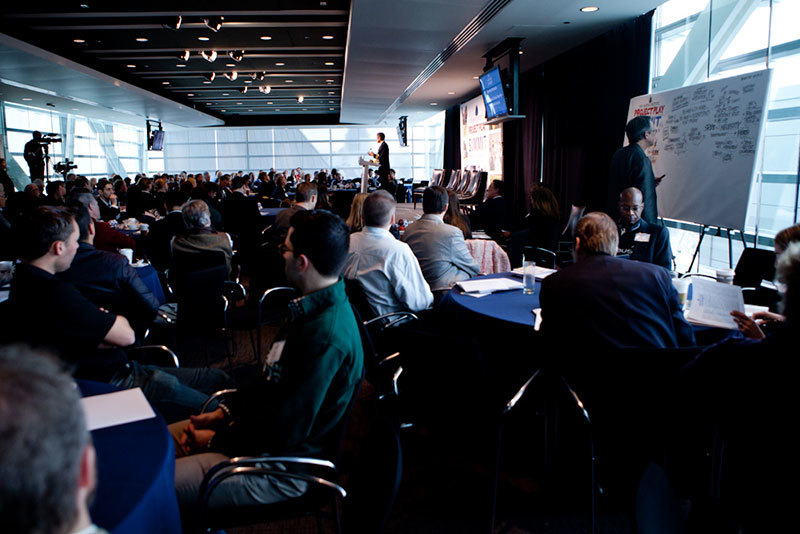 Siegal will join a panel inspired by the Project Play strategy to "Think Small" in creating play and sport spaces. It's the same strategy for which KaBOOM! was recognized in the seminal Aspen Institute report, Sport for All, Play for Life: A Playbook to Get Every Kid in the Game. Innovation and creativity have been the catalyst for the KaBOOM! Play Everywhere Challenge, making Siegal the perfect candidate to help answer the question framing the panel, "Can we systematize creativity in play spaces?" In reflecting on this question, Siegal will help attendees understand how they can take meaningful action in their communities and through their institutions to grow access to early positive sports experiences. The session will be moderated by Kevin Martinez of ESPN. Joining Siegal and Martinez will be Corliss Allen Solomon (Doctoral Student and Wayland H. Cato Jr. Fellow, University of North Carolina at Charlotte), Chip Patterson (Executive Director, The First Tee of Greater New Orleans), and Erin Smith (Director of Education and Training, US Lacrosse).

This is the second year that KaBOOM! is represented at the Project Play Summit, following KaBOOM! founder Darell Hammond's participation in 2015.

For more information about the 2016 Project Play Summit, visit the Aspen Institute website.

For the first time, municipal and thought leaders from around the country gathered to chart a path to make sure that all kids get the play they need to thrive. Representatives from 53 cities, 30 states, and three countries came together at the inaugural Playful City USA Leaders' Summit, hosted by KaBOOM! and sponsored by the Humana Foundation, to declare loud and clear that they value play. The nearly 200 participants rolled up their sleeves and spent an intense two days on an issue that—thanks to the efforts of many at the summit—is gaining increasing attention.

Participants engaged with an impressive list of speakers and presenters, including Secretaries Kathleen Sebelius and Arne Duncan, journalist Cokie Roberts, Walter Isaacson, author of the best-selling biography Steve Jobs, and 12 mayors, about how play contributes to positive outcomes for children and communities. From building 21st century workforce skills, to reversing the trend in childhood obesity rates, to renewing urban areas, investing in play is an investment in our future.

"Cities are critical when it comes to achieving play-related outcomes because most play-focused infrastructure investment, policies, and programming happen at the local level," said Darell Hammond, Founder and CEO of KaBOOM!. "That's why KaBOOM! created the Playful City USA program in 2007 to recognize municipalities who are prioritizing play. It was great to have many of our Playful City USA communities at our inaugural summit."

"At Humana, we believe in making fun things healthy and healthy things fun. The Humana Foundation is proud to be the official sponsor of the KaBOOM! Playful City USA Leaders' Summit, working hand in hand with those on the front lines of our nation' cities to create safe places for people of all ages to live and play together," said Virginia Kelly Judd, Executive Director, Humana Foundation.

In closing remarks, best-selling author Wes Moore aptly said, "This is about more than playgrounds, monkey bars, and trampolines. It's about our children." The audience rose in thunderous applause and we couldn't agree more. The summit made clear that there is a growing movement to give all children the childhood they deserve by ensuring they get the active play they need to thrive.

Investing in children through play

The 2013 Playful City USA Leaders’ Summit: Investing in Children Through Play, sponsored by the Humana Foundation, is coming up on Sept. 23!

This invitation-only summit will bring together city, non-profit, foundation, business and national thought leaders from across the country to advance our collective efforts to ensure that all children get the play that they need to become healthy and successful adults. As the national platform for making play a priority in our communities, summit attendees will be inspired and challenged by preeminent leaders and will build strong networks with peers from across the country that enable cities to be transformed through play.

The summit will feature 11 Team Cities from across the country. The representatives from the Team Cities are doing some of the most innovative work to advance the cause of play in their communities. These communities take unique approaches to engaging partners to implement play agendas that give kids the childhood they deserve. Click here to learn more about our Team Cities.

Speakers include The Honorable Arne Duncan; The Honorable Kathleen Sebelius; Wes Moore, Host of Beyond Belief; and many more. Click here for a complete list of speakers.

Track and join the conversation at #playsummit.