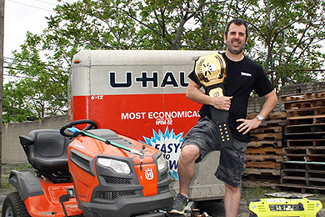 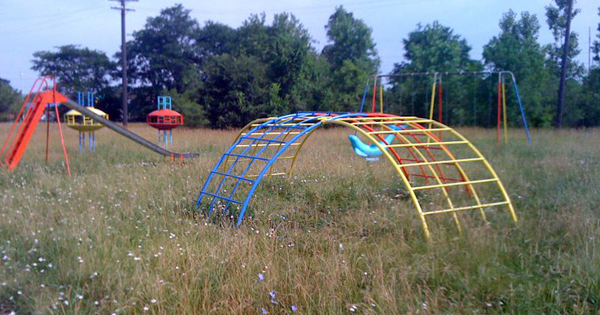 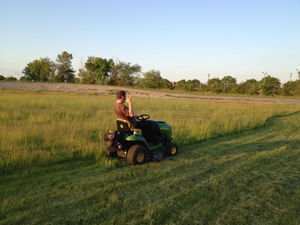 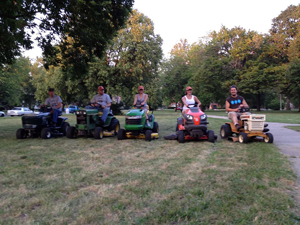 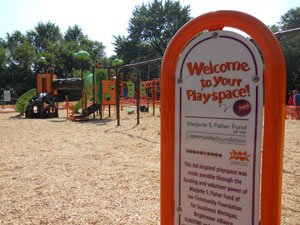 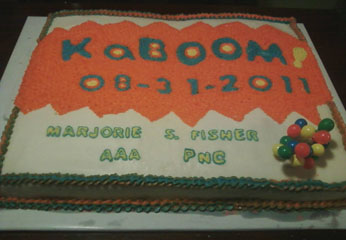 "I used to live across the street from a large lot of nothing, but since August 31, I sit on my porch and admire our new KaBOOM! playground. With a chalkboard, six benches and exercise stations, all in addition to the playground equipment, I think it’s the nicest, happiest playground I’ve ever seen.

My family and I had been thinking about leaving our Detroit-area neighborhood, but this new playground has really improved the community and we are committed to keeping it that way.

Every Sunday evening I empty the trash cans and patrol the playground for any potential vandalism. My husband tightens any loose bolts on the equipment and makes sure everything is safe and secure. I notice more animals coming out of the nearby woods, and the playground even inspired me to take my first stroll through those same woods on a nearby nature path.

I’ve seen more neighbors let their kids come out and play, and I’m already planning some fun weekend activities for kids at the park. On Build Day in August I baked a huge KaBOOM! cake to celebrate, but this playground is something I celebrate every day."

Nikki’s tears of joy on Build Day were not just for all the local kids who would now have a place to play, but for the community that gathered to help create it.

Play it forward to bring play to more communities across the country.