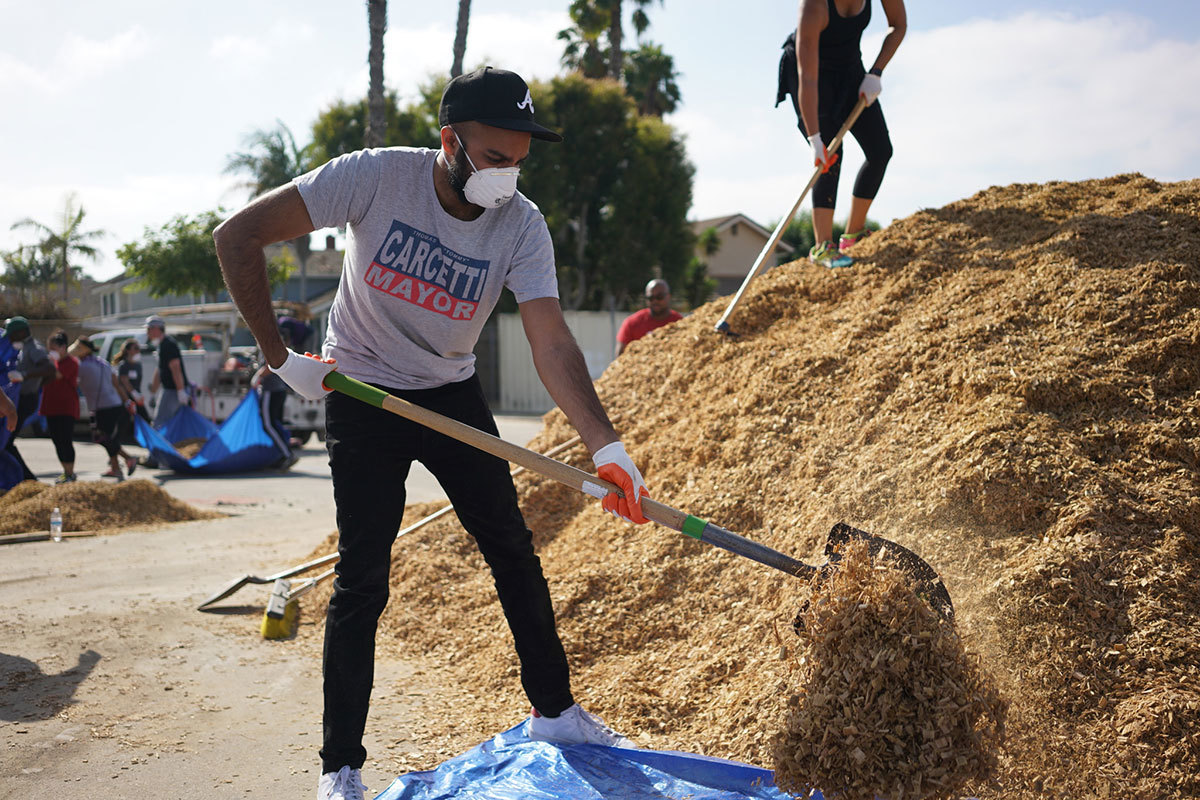 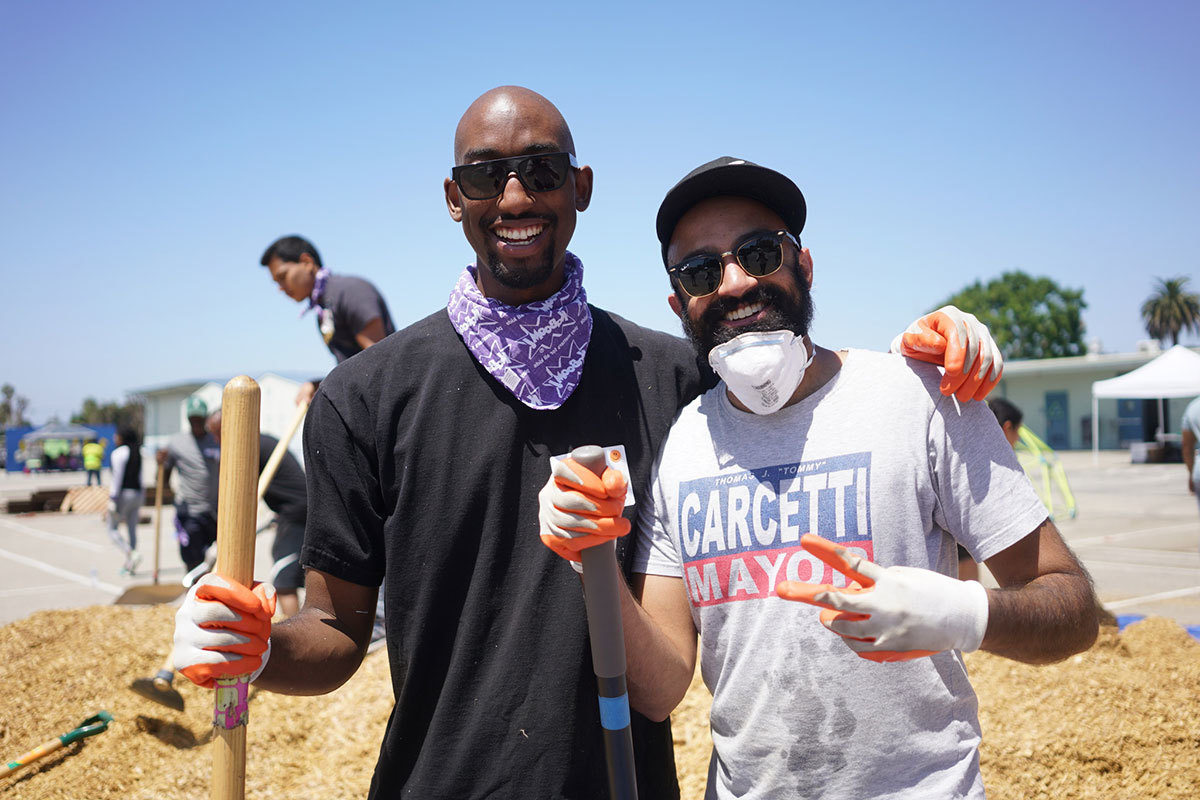 "I underestimated how cathartic it would be to do something so basic as shovel mulch. To be part of a team of people coming together to physically build something for kids." said Jay. "It was medicine."