Out of the mud, rose a playground 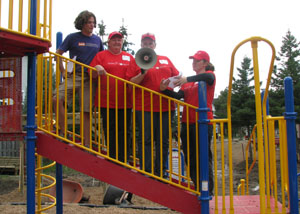 "In 2007, we were notified that our playground no longer met safety codes. It was made of wood that had been treated with arsenic. Even though it was the heart of our co-operative community (and the whole world to the kids) it had to be removed. We were broken hearted.

After a recession that left us close to bankruptcy, we could simply not afford to replace it. But I had to find a way to get the kids a playground. I heard about KaBOOM! and sent in an application. After several months had gone by, we got a call from the KaBOOM! staff to tell us we had been chosen. They had found a sponsor and were going to help us build a new playground. It was like winning the lottery! 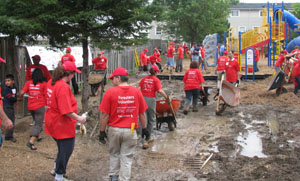 When it rains, it pours, which is exactly what happened the day and night before our build day, leaving a thick sloppy field of mud, approximately 6" to a foot deep. I was panicked that we wouldn't be able to build, that volunteers would take one look at the mud and bolt - but I was wrong. People did leave, but only to go home to get boots and then come right back.

At the end of the day, the mud made the end result that much sweeter. The feeling we got from the accomplishment, the feeling the kids got from knowing they were involved, it was so much more - it was like a barn raising! After Build Day people were genuinely nicer to each other. Parents hung out on our new benches while their children played together. Since the kids were involved in building it, they take amazing care of the playground. What would we have done without KaBOOM!?" 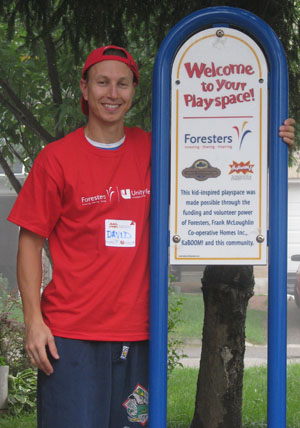 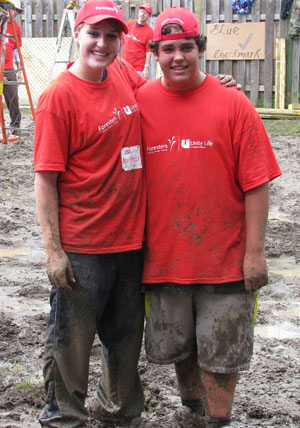 Jackie helped lead her community to replace a playground and bring the heart of their housing co-operative back.

Play it forward with a donation today, so we can continue building hearts of communities.