Bridging the gap with play 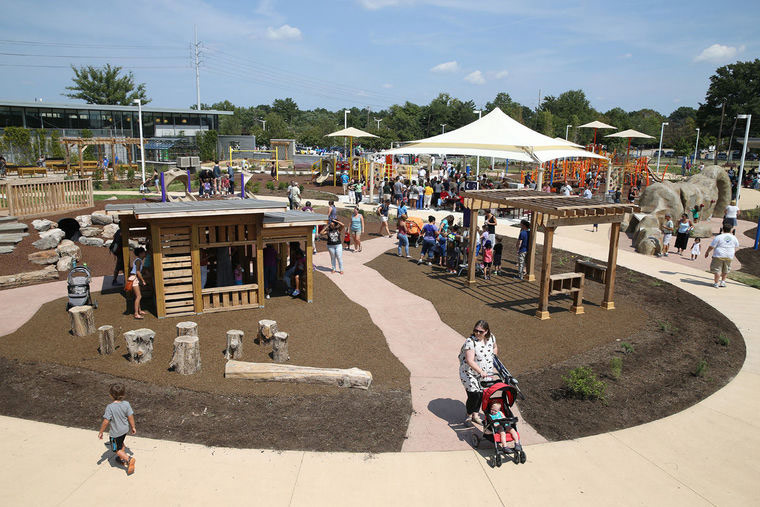 Richmond, Virginia has seen its share of hardship. The poverty rate is 25%. For kids alone, that number rises to nearly 40%. Though there are lots of opportunities for development, progress on solutions can be sluggish when city departments and organizations don't work collectively.

"All too often, well-intentioned community leaders and advocates work in silos, focusing on one area of impact without tapping the resources and expertise of their neighbors," said Ashley Hall, manager at the Capital Region Collaborative, an organization that brings together groups to enhance the quality of life in Greater Richmond. Ashley has found that even while living and working within mere miles of each other, collaboration and alignment are often a challenge.

Fortunately, there is one cause that's uniting people in Richmond: creating a more playful place to live.

"Play is something that resonates with everybody," said Jeff McIntyre, a director at Sports Backers, a non-profit that inspires Richmond residents to live actively. Through his work, Jeff has discovered that whether a group's focus is economic development, education, or most anything else, play is a cause that bridges the gap and brings departments, organizations, and citizens together.

Recently, Richmond has been more intentional about their efforts in play. They built ARCpark, an accessible playground that is open to the public. And they provide other playful opportunities available to all kids, including a basketball league with CarMax, a KaBOOM! National Partner. 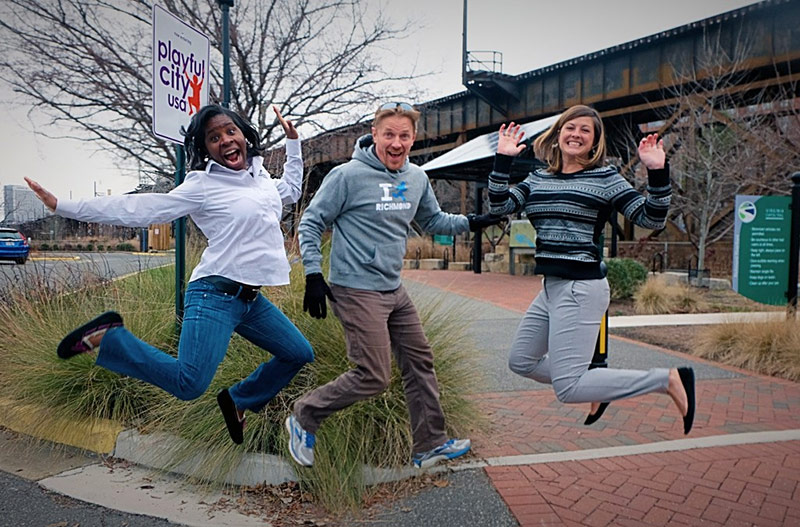 These efforts were catalyzed last year, when Ashley and Jeff discovered Playful City USA, our recognition program honoring cities and towns that ensure all kids - particularly those in low-income communities - get the balanced and active play they need to thrive. The application process alone proved to be beneficial, as the duo were engaging in dialogue with Tamara Jenkins, recreation coordinator for the City of Richmond.

"The ability to reach out to counterparts and get new ideas is bringing more people into play and into their facilities and parks," said Tamara. "Being able to collaborate across the region now, there's no limit to the things we can do."

The Playful City USA honor was just the beginning.

Ashley, Jeff, and Tamara then learned about the Play Everywhere Challenge, a national grant competition led by KaBOOM! to transform everyday spaces into places for play. With the synergy they had already established working on the Playful City USA application, this cross-sector team felt emboldened to recruit others in the community to enter the competition.

They ultimately collaborated with Virginia Commonwealth University's da Vinci Center to create Upswing, retractable jump ropes and sidewalk play in front of barber shops in low-income neighborhoods. The grant proposal was funded, and the project even landed Richmond a spot in the New York Times.

The City is continuing to feel the momentum of their Playful City USA designation. They're now working with several other municipalities in the area in an effort to earn them the same recognition. Through the process, employees are transcending their roles at a particular government agency, business, or non-profit, and are collaborating as neighbors to bring play to all kids in Greater Richmond.