Boomers take time out to play at The National Building Museum

We know what they say about all work and no play. That's why at KaBOOM!, we make an effort to take some time out to recharge. After all, adults need recess too.

We recently took a field trip to The National Building Museum to experience three of its current exhibits: The Building Zone, PLAY WORK BUILD, and Detroit Disassembled. The first two exhibits helped us see the KaBOOM! ideals of play in action. Detroit Disassembled provided a stark counterpoint -- a reminder of the many places in our country where children lack access to a safe place to play. 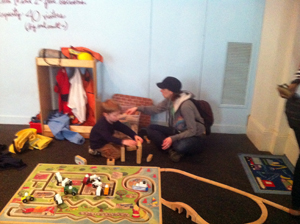 In The Building Zone (top left), we noted that once you opened the gate, you crossed into a "land of play," moving from observing to doing. "You couldn’t fit one more child in the sandbox," one Boomer noted. "It was so full of play!" Another noted: "My group was amazed by the number of families playing together. In one case we even saw a grandmother, mother and child! I think this really speaks to the level of engagement the exhibits lend themselves to."

Moving upstairs to PLAY WORK BUILD, we noticed how the Imagination Playground blocks gave children free reign over how they played. The exhibit provided all the tools necessary to stimulate creative play for children -- and adults. Boomers noticed how the blue blocks, both small and large, "really got parents building too!" 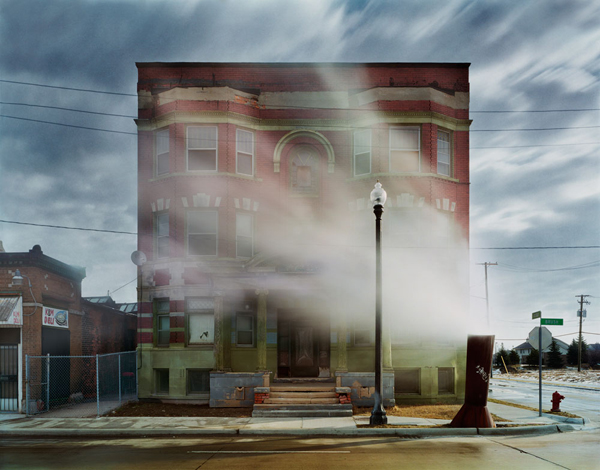 An image from Detroit Disassembled. Photo by Andrew Moore, from the collection of Fred and Laura Ruth Bidwell, courtesy of The National Building Musuem.

After so much play, it was time for reflection. The Detroit Disassembled exhibit served as a poignant reminder that play is not everywhere. We all agreed that we must continue to "come together in places where situations are difficult and let resilience and team champions shine through." We need to shift the mindset to see potential, not destruction.

During several of our interactions, Boomers noted how parents brought their kids to National Building Musuem consciously because they recognize that their kids "need time to play." Grateful to work at an organization that understands this need also extends to adults, we returned to the office reinvigorated to carry on our mission to give children everywhere the childhood they deserve.